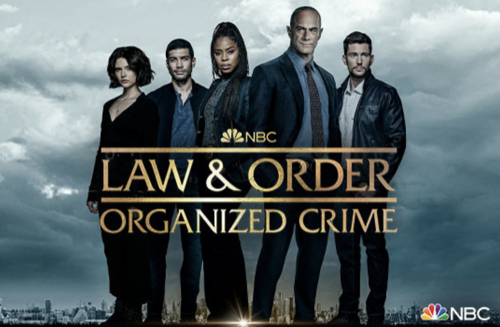 In tonight’s Law & Order Organized Crime episode, Sergeant Bell was invited to a political event. She didn’t have a date. She had recently split from her wife and so she brought along Detective Stabler as her date. Stabler hates political events. He especially hated who it was about. They went to a dinner thrown by the Silas family. The Silas family were the biggest property developers in the city. They were also one of the most prominent families in the city and the family business went back generations. They were working on a project that was being held up by a man refusing to leave his apartment. Henry Cole had been there for over twenty years. He couldn’t be forced out.

It was one of those rules. The tenants have rights when they’ve been there that long. Cole couldn’t be forced or bought off and so he was standing in the way of a very lucrative casino from being built. The casino was going to be the first of its kind in NYC. The Silas family have dedicated millions of dollars to the project already and that’s why Stabler cracked a joke to Bell that she should have invited Cole as her date to the event. But he was overhead saying this joke. The person that overhead him was Teddy Silas. Teddy hadn’t liked what Stabler said. He got rude with Stabler and his father had to come along to smooth ruffled feathers.

Stabler and Bell walked off. Teddy’s father took him to task for creating a scene. Robert Silas said it takes a lot of work to stay on top in the city and that Teddy couldn’t go picking fights with just anyone. His wife Pearl said the same thing to Teddy. She reminded him that he was going to take over one day and that he couldn’t risk their bright future. He was going to be King of the city one day. She was going to be his queen. They had to finish the casino and just focus on the work. Teddy tried to do that only he was bothered by Cole’s presence. He thought the man was risking their future. He talked to foreman about continuing the construction in spite of Cole.

The foreman seems to have understood that it was either continue or be fired. It didn’t really matter what Teddy said at the end of the day because Cole later died. Cole fell off his fire escape. Everyone assumed he was drunk and that his fall was an accident. Stabler was the first to suspect differently. Stabler doesn’t pay attention to the news or even follow anyone on social media. He found out about Cole’s accident when Teddy called him and invited him to the casino opening when it eventually happens. Teddy was the one who said Cole was dead. Stabler took the news and hung up.

Stabler went rushing into a work a few hours later. He told his sergeant that they had to open a case into Cole’s death and she turned him down. She told him that he should take the new detective out for lunch instead. Stabler pretended like he was going to do that. But he didn’t do it. He chose to bring Detective Jamie Whelan to the crime scene. Cole’s apartment. They ran across some rats while they were there and other than that there was nothing else that stood out. The only thing that was out of place was beat cop who implied that Stabler was a rat. Whelan tried to defend Stabler. Stabler told him to wait outside while he made sure the beat cop followed orders.

Stabler later told Whelan not to fight his battles for him. Whelan said he wasn’t doing that. He just doesn’t respect dirty cops and he thought they made the job more dangerous for the good ones. He won Stabler’s respect a little by saying so. Not that Stabler let that showed. Stabler instead got in trouble with Bell because she told him to stay from the case. But by then, the team had found something. Cole was killed by poisonous rats. The rats bit him. They were infectious and so Cole was experiencing deliria when he fell. Stabler remembered the days of the mob. The mob used rats in unlikely ways to kill people.

Stabler thought the same had happened there. His theory was backed up by some experts on rat migration in the city that Jet knew about. Jet had questioned these experts and they said that the rats that ultimately caused Cole’s death wasn’t indigenous to the state of New York. They had to come from out of the country. The experts had some of the rats themselves. They bought it through the dark web and so Jet got the information. Then she sent it to Stabler. Stabler was still in the dog house for launching an investigation without his boss’s knowledge, but Bell forgave him after they talked it out.

Stabler does respect her. He was so sorry for ever making her doubt that. Stabler even apologized for his behavior. The two got to talking and Bell admitted that her wife filed for divorce. She didn’t know what to do now to change her wife’s mind and Stabler admitted that he had been a crap husband. The only reason why his marriage worked for long was because his late wife made it work. Which couldn’t be said of Bell’s wife. She clocked out because Bell’s job intervened with her job. And so Bell had been a little testy starting out that day, but talking to Stabler helped and it turns out he was right about Cole all along.

The unit tracked down the man who sold the rats. He showed them security footage of the guy with his hood up, but the guy had been carrying a Starbucks coffee with his name on it. They used that information to find him using Starbucks. His name was Kenneth Michael Kyle. He had no connection to the Silas family. He was however connected to the foreman because Kenny had been affected by the rats and he had checked himself into the hospital. He later escaped from the hospital to go to a club. And he saw the foreman there. They recognized each other and the foreman sent over someone else to go deal with Kenny.

But then Kenny noticed the police presence. He escaped out of the club and stole a car. He almost ran over Stabler yet he got away.

And now more than ever it looks like homicide.