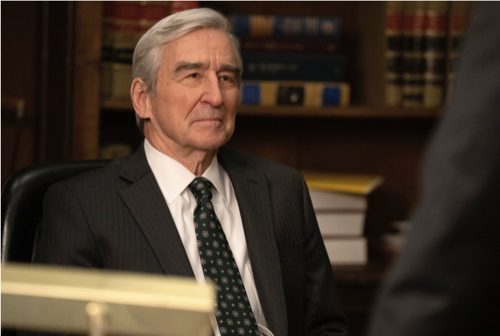 Tonight on NBC Law & Order returns with an all-new Thursday, March 3, 2022 episode and we have your Law & Order recap below. On tonight’s Law & Order season 21 episode 2 “Impossible Dream,” as per the NBC synopsis, “The COO of a major tech company is found murdered in Central Park. Price and Maroun work to untangle a web of deceit to expose a cunning narcissist.”

Tonight’s episode begins with a couple who trips over a dead man on their way through a public park at night. The woman screams. The team comes to the scene. The man is wearing a suit and appears to have to two large wounds on his chest and stomach. They find a pen in his coat. It leads them to a woman’s home.

It is the man’s business partner, Kyle. Bernard and Cosgrove give her the news. She is in shock. She reveals he is the COO of their new tech start-up. He is also her fiancé. The next day, Bernard and Cosgrove start questioning co-workers. One woman tells them a man recently called to threaten Kyle.

Bernard and Cosgrove locate the man. He hates Kyle and his company after his wife took a home screening test for cancer. She received a bad test and was diagnosed months later with stage 4 uterus cancer. Bernard and Cosgrove head back to the office after learning the man has an alibi for the night before. The team talks over the case. The man isn’t the only one angered by the bad health screening products. They should have been taken off the market a while ago. They discover an email from an angry employee named Seaver who no longer works there. He called the tech fraudulent.

At the station, Seaver pins the murder of Kyle on his fiancé Nina saying that she was trying to stop Kyle from pulling the testing products. It would have killed their company and she loves money. Bernard and Cosgrove pick up her after discovering blood in her home.

Nina makes bail. Kyle’s parents are distraught. They want her to pay. Nina comes out of court and talks to the press. She talks more about her company than Kyle’s death and her murder charge.

The trial begins. Nina is painted as a cold-blooded killer who only cares about the company and the IPO. After the first day in court, Nina changes her story. She tells her lawyers that Kyle was abusive and this was the only way to get free. Samantha and Nolan tell Sam. He tells them to let Nina tells her story and then pick her apart.

In court the next day, Nina takes the stand and tells the jury how Kyle called her a slut after he thought she was flirting with an investor. She tells them that he grabbed and slapped her and then raped her. After court, Samantha worries how this will go for them if they attack Nina, especially when it comes to the ME TOO movement. Nolan thinks they need to worry about doing their job as they know Nina is guilty and lying.

Samantha and Nolan speak with Kyle’s dad about offering Nina a deal. He is angry and doesn’t think she deserves a deal. Nolan speaks with Sam. Sam tells him to do what he knows is right. Nina is guilty and the law is the law.

In court, Nolan points out the more than 4,000 bad tests and the number of employees who have spoken out that she has fired. Nina talks in circles, trying to charm the jury with her concepts of the truth. This angers Nolan and makes Sam want to see the trial movie forward.

During the next court session, Nolan challenges the abuse and the data from the IPO. Nina says that Kyle broke her arm. She never mentioned this before. Samantha gets mad. Nolan defends himself. This is what Nina did. It is not about a movement.

The next day, Nolan and Sam present Nina’s polo coach who shares how Nina broke her arm riding, Later, Nina is found guilty.