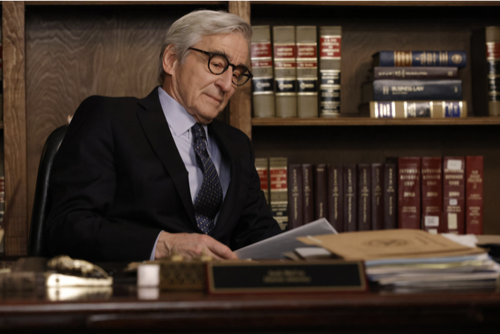 Tonight on NBC Law & Order returns with an all-new Thursday, March 10, 2022 episode and we have your Law & Order recap below. On tonight’s Law & Order season 21 episode 3 “Filtered Life,” as per the NBC synopsis, “Bernard and Cosgrove investigate the disappearance of a social media star whose case takes the Internet by storm. Price and Maroun must weigh their decisions regarding the case against the wishes of the missing woman’s family.”

Tonight’s Law & Order episode begins with Bernard and Cosgrove are questioning Joseph Denzig who saw a woman being grabbed, the guy dragged her to a blue and tan pickup truck, he is sure it is a Chevy. The girls name is Amanda, a social media star, she posted a video days before her disappearance and there is a blue and tan truck near her, as well as the same guy in two videos. Bernard and Cosgrove arrest Joseph, they find her driver’s licence in his apartment, yet he says he doesn’t know her. They arrest him.

There are people gathering to search for Amanda, a woman there recognizes the guy in Amanda’s videos, he goes by the name of Tim but his real name is Daniel Garrett, he is all over the dating sites and has like 20 different profiles. Turns out Garret and Amanda did have one date, but when he called her for a second, she said no.

Amanda went to a loft party on Wednesday night, making it look like she had the time of her life. Maybe “Tim” didn’t like it. Bernard and Cosgrove go to see Joseph and ask him if he knows Amanda, they find her driver’s licence in his apartment, yet he says he doesn’t know her. They arrest him. But, the clock is running out they can only hold him for so long. Dixon wants him charge with felony murder. McCoy tells the team to try him what they have, what’s the alternative. Maroun does her best, but it is hard, there is no forensics and no body. The opposing attorney says Amanda’s missing is just an attention grab, she is on some beach in Cancun. Maroun is frustrated.

Price wants Maroun to find other victims. At the chambers of judge Leanne Dreben, Maround and Price tell her that Garrett has done this before, there are six other victims. She denies the motion.

Back in court, Amanda’s mother takes the stand and she says that not in a million years did her daughter post that picture from Cancun, they were very close. She was going to surprise her grandfather on his eightieth birthday, it was yesterday, and she would have never have missed it.

Knight questions her next, she says there was some controversy in Amanda’s account, saying she was photoshopping, saying she was in Paris when she was in her kitchen. Her mother get very upset and looks over at Garret, demands to know where her daughter is.

Garrett takes the stand, after Amanda said no for the second date, he went to Home Depot and bought a shovel, tarp and zip ties, he claims he was going camping. He also bought a 30-pound bag of lye. They ajourned for the day. Price gets a call, its Bernard, someone just found Amanda’s missing shoe. The girl who found the show, Lisa, was also attacked by Garrett but she got away. They put her on the stand, she found the show at Garrett’s cousins cabin and she says he is dangerous. The judge allows the show as evidence.

Garrett wants to make a deal. Price and Maroun go to Amanda’s parents, they want to know where their daughter’s remains are, her mother tells them to make the deal. Maroun thinks they should make the deal as well. Price says they can let their emotions drive the train here. Maroun says there is a chance they can lose, Garrett will be back on the streets and the family will not have closure. McCoy asks Price if he can bring this home, he says, so McCoy tells him to bury the deal and get Garrett.

Back in court, Price does his closing argument and tries his best, the jury finds the defendant guilty. Amanda’s mother is hysterical in the court room, they may never find out where Amanda’s body is.