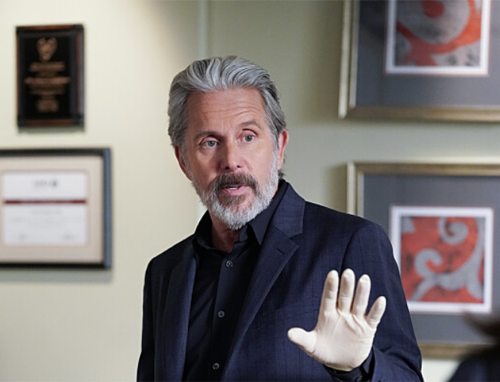 Tonight on CBS NCIS returns with an all-new Monday, October 10, 2022, season 20 episode 4 called, “Leave No Trace,”and we have your weekly NCIS recap below. In tonight’s NCIS season 20 episode 4, “Leave No Trace” as per the CBS synopsis, “When a dead body is found at an ancient burial site that is thought to be cursed, the team tries to determine the motive and the symbolism behind the crime. Also, as Torres continues therapy with Dr. Grace, he discovers that their lives are in danger.”

A camping trip ended abruptly once one of the campers found a body. The body was that of Navy Petty Officer Third Class Aaron Thomas. When his body was found, everyone assumed it was a bear attack. There had been sightings of erratic bears in the area. But it wasn’t a bear that killed Aaron. Aaron was killed by a person. Someone opened the door to the bathroom and stabbed him. His murder sparked an NCIS investigation led by Parker’s team. They were the ones searching for evidence. They were combing the woods. Knight seemed to be in her element because she could climb trees and follow a trail better than anyone else.

She followed the trail right back to an old friend of hers. He was actually an ex-boyfriend. Special Agent Gage Winchester was a member of the National Park Service and he was hot. He was a gorgeous man with a six-pack. He looked nothing like Knight’s current boyfriend, Jimmy. Something that literally everyone noticed. Even the director noticed. They all compared Jimmy and that gorgeous man and found Jimmy lacking. The only one who wasn’t taking it badly was Jimmy himself. Jimmy was planning on a getaway with him and Knight. They were going to a spa. And they were going to get attuned to nature.

Or that was a plan before Jimmy met Gage. Gage was also working on the case. He’s been following up on a killer that uses several National Parks to kill people and dump their bodies. Only Gage hasn’t found any evidence in the two other murders. He was hoping this third one would finally be the clincher in finding the killer. Jimmy had looked at the other two autopsies. He confirmed it was all the same killer. Meaning they were in fact looking for a serial killer. The killer had already killed at least three people by that point and they didn’t want him to hurt anyone else. Gage hadn’t been the original agent in the National Parks that got assigned to this case, but he pulled rank to make sure he got it.

Which was suspicious. It was especially suspicious once Gage and Knight later found evidence of someone burning Gage’s file. His file is in the National Parks. It’s weird that anyone would have access to that file much less burn one. The team thought it was weird as well. They asked Gage about anyone that might have stood out and he didn’t have names. He had no clue who would be involved in the murders. But the team still got ahead without his input. They found a suspect. They confirmed that one person was in the area around the woods during the time of the murder and that person had a record.

The suspect was identified as Greg Patrick Walsh. He was once a doctor. He lost his license and got sent to prison after he operated on someone under the influence of narcotics. His patient had died. Greg spent five years in prison. He was out now and some thought he got a thirst for killing. What they couldn’t find was a connection to Gage. Something they tabled while they track down Walsh. They found out Walsh had used his credit card to book a hotel near the airport and they went there expecting him. Only he wasn’t there. Walsh actually approached Jimmy at the diner. Jimmy had been having lunch with Ducky.

Jimmy had actually been affected by Gage being around Knight so much. He noticed Gage’s attractiveness and he felt worried. Ducky put him at ease. He told him that he wasn’t in any competition. Knight’s relationship with Gage ended for a reason. She’s now with Jimmy. They haven’t named their relationship as a relationship, but it’s there and so Jimmy was just beginning to feel better about everything when Walsh approached him. Walsh wanted to turn himself in. He apparently had a lot to say. He was already talking about how the murders were a part of something much larger when a drive-by shooter took him out.

Walsh was killed in NCIS’s custody. Gage noticed something on his hands. It was a flower that only grew in certain parts of the parks and so Gage went there without telling anyone. He ran into an erratic bear. The bear almost killed him. A park ranger had to use three tranquilizers to take it down when normally they just need one. So, that’s when Parker figured everything out. Parker realized the bear was acting so erratic because it was high. They tested the bear’s saliva and found the bear was high on cocaine. Here’s what happened: Walsh agreed to work with drug dealers. They would drop a shipment over the park. And it was Walsh’s job to collect it.

Walsh killed any witnesses to him finding the drugs. But the bears had gotten to the drugs. Walsh realized he lost the product and that he would ultimately have to pay a price for losing it and so that’s when he decided to turn himself in. He did research on Gage because he thought of turning himself into Gage. But Walsh was killed within moments of trying to do so. And they found his killers by tracking down the shipment of drugs.

Gage technically helped cracked the case, but Knight was reminded of why they were no longer together and Gage was also asked to leave the city. Which he happily did. Gage was gone. Everyone felt better for Jimmy and Jimmy still wanted to define the relationship with Knight. And so they needed to have that conversation.