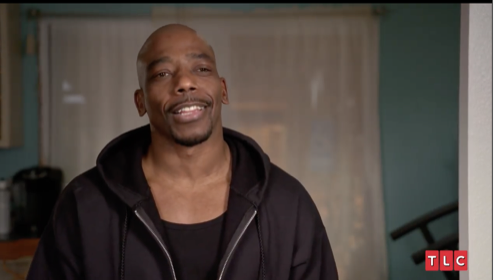 In tonight’s Seeking Sister Wife episode, picking back up with the Foley family, Steve heard his kids’ reaction to his news. Steve had told his kids by his ex-wife that he wanted to date again and that his current wife Brenda was fine with it. She was willing to be polygamous. But that wasn’t fine with the kids. Preston was alright with it. He just wanted his dad happy. His sister Jayden however was firmly against the idea. She told her dad that his way of life was disgusting to her. She also told him that if he wanted a girlfriend that bad that he should divorce Brenda. She told him that he didn’t need a girlfriend or a second wife. He could just be happy with Brenda or leave Brenda if he was in love with someone else.

Jayden was completely against the idea. She didn’t even want to consider her father’s feelings. She told him how she felt and she told him she wouldn’t support him in the slightest. If anything, Jayden made it seem that her dad either had to choose her or his lifestyle. Steve wants to be a polygamist. He wanted that with his kids’ mother and Brenda actually joined the family with the belief that she would be his second wife. Then Steve’s ex left him. She took the kids and went to Texas after she realized polygamy wasn’t for her. And it seems that Jayden had blamed her parents’ divorce on Brenda at the time.

Jayden now knows that the problem wasn’t Brenda. It was Steve. The next family was the Joneses. Sidian had flown across the world to meet the woman he was hoping would be his second wife. Her name is Arielle. She was young and beautiful. She also seemed genuinely interested in Sidian. She was attracted to his nerdy qualities. She didn’t mind that he had a wife back in the States. She was just happy to get to know him and his wife Tosha. Tosha even gave Sidian her permission to sleep with Arielle. Tosha made sure that Sidian had condoms before he left and so that was her stamp of approval.

The Merrifield family meanwhile heard back from their potential wife Lea. She decided not to commit to them. They were asking her to leave her job and basically give up on her ambition to be with them and that was just too much to handle. Lea likes her life. She doesn’t want to give that up for a man or his family. She tapped out and the Merrifield’s haven’t heard from Roberta in a while. Roberta’s mom got sick. She went to go take care of her and her wife’s reception has been spotty in that area. She, therefore, hasn’t been in much contact with either Danielle or Garrick. And it’s hard to be sure of her when they heard from her.

The Merrifields were also moving into their newly renovated house. They stayed in a camper while they were renovating and its been hard because they struggled with space as well as their relationships with both Lea and Roberta. But they remain committed to living a polygamous lifestyle. They haven’t actually lived as polygamists yet. There’s been a lot of talks. There’s been plenty of hopefuls. It’s just never panned out. They never lived with three people in the marriage. Not in the big house anyways and so they remain seeking a sister wife. And hopefully, they will hear back from Roberta.

The Davis family meanwhile was over that stretch. They were living as polygamists. Nick was currently married to both April and Jennifer and he was seeking out Danielle to be his third wife. Nick was slightly sleazy, though. He sleeps in a bed with both of his wives and he wanted to add Danielle to the mix. He doesn’t have sex with all of them in the bed. That would be going too far. He goes to a second room with the wife he’s sleeping with. Danielle came over to their house and she slept in the bed with April while Nick went to another room with Jennifer so that they could sleep together.

Nick even said at one point that he has too much sex drive for one person to handle. This is why he’s a polygamist. It wasn’t because of his religion. He simply wanted sex each and every time he wants it. If it wasn’t with April, it was with Jennifer. If it wasn’t with either April or Jennifer, it was Danielle. They were all currently seeing to his needs and still he talks about a fourth wife one day. He claims he has lots of love to share when the truth is he just doesn’t want to go to bed alone. And that’s not a good enough reason to get another wife.

Sidian meanwhile was finding it quite awkward to be in the moment with Arielle and so there’s a chance this might end in another dud.