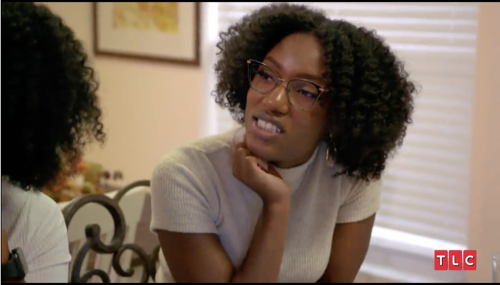 The Epps are divided on sex and dating. Sidian worries if Arielle is the one to join their family. Danielle is taken aback when she learns what is required of her to join the Davises.”

In tonight’s Seeking Sister Wife episode, Danielle and Garrick Merrifield were moving into their new house. There was still some construction to undergo. Not everything is finished and so the couple was hoping that Roberta would still be a part of their lives once they move in. Roberta couldn’t come to the United States because she was taking care of her sick mother. She also has a bad Wi-Fi connection. It was hard to stay in contact with her. Danielle and Garrick legally divorced so that they could apply for the K-1 visa for Roberta. But it won’t work if Roberta won’t leave her mother or if her mother manages to get her to change her mind about the plural lifestyle.

Danielle and Garrick were still talking about Roberta like a done deal. Roberta has mentioned in the past that she wants to get pregnant right away and that’s why they got a larger house. They wanted room for as many kids as they could have. Danielle will also be sharing space with Roberta. Danielle figures because she always got along with her girlfriends that she wouldn’t face any problems with Robert. But these are assumptions. Roberta wasn’t in the United States. She was currently living in Brazil and there’s no telling if this will work out or not. And so Danielle and Garrick were planning for the best possible scenario for them.

Then there were the Epps. Marcus was currently married to two women. His first wife Taryn and his second wife India. When Marcus was dating India, Taryn wasn’t in the picture. They were separated. Taryn came back and that changed the dynamic. They decided to be a plural family. Only Marcus was now looking to add a third wife. Marcus was currently dating a woman by the name of Janei. He originally met Janei when he was separated from Taryn. There was an instant connection back then. Then it fizzled out because Janei moved away. She’s back now. Marcus was still attracted to her and he had Taryn’s blessing to pursue Janei in whatever form he wishes.

He just didn’t have India’s blessing. India struggles with jealousy. India has given Marcus a curfew. He has to be back at the house by three in the morning. He also couldn’t put rose petals on the bed on his date with Janei. He also has to get her permission before sleeping with Janei. India was just uncomfortable with all of it. India even joked that she might move out if Janei is moved in too quickly. Which frustrated Marcus. Marcus had to have a one-on-one conversation with her that was away from Taryn because he let that comment stand. Marcus loves both of his wives. If he’s going to lose one by bringing in a third, then he’ll shut things down right now.

India just doesn’t want to live with another initially because she said its going to take time for the women to bond. India and Taryn get along well. The same might not be said of them and Janei. Taryn also isn’t as comfortable with this as she’s letting on. Taryn asked Marcus if he was just going to go after every woman he was ever interested in while they were separated. Both wives needed assurances that Marcus does still love them. He wouldn’t prioritize anyone over them. Marcus tried to give them that. He told them that this thing will end with Janei if they truly feel uncomfortable about it.

Overseas, there was Sidian Jones. He and his wife Tosha were dating a young woman by the name of Arielle. Arielle was pretty. She was young. She also had a little boldness to her because she came right out and asked if she was going to be spending time in his hotel room with him. Sidian said sure. The two of them started sleeping together right off. They formed a connection and then they wait sightseeing around Arielle’s town. They did a bunch of fun stuff like going out on a boat. They had fun. It deepened their connection and so the only thing that would have made it better would have been if Tosha was there.

As for the Davis family, Nick talked to Danielle about what it would mean if she became his third wife. Nick was already spiritually married to both Jennifer and April. Nick wanted Danielle to know that if she does marry into the family they were going to ask her to marry Jennifer. This way she has a legal right if there are any medical issues in the future with either her or Jennifer. In the Davis family’s perfect world, they would all be allowed to marry Nick. Plural marriage would be legal. It also wouldn’t be weird that Nick has to share his time equally among three women. He and his wives invited Danielle to the house.

Danielle spent the night. She got to know the wives. She also got to see the family dynamic. Danielle realizes that she might struggle with jealousy if she joins the family and it’s hard enough to watch him kiss the other women while they were all in a hot tub together. It would also be weird if Nick slept with someone else on the same night he slept with her. Nick had mentioned that last part as a possibility. Which Danielle didn’t appreciate.