BY Kristine Francis on August 10, 2022 | Comments: Leave Comments
Related : Reality TV, Recap, So You Think You Can Dance, Television, TV 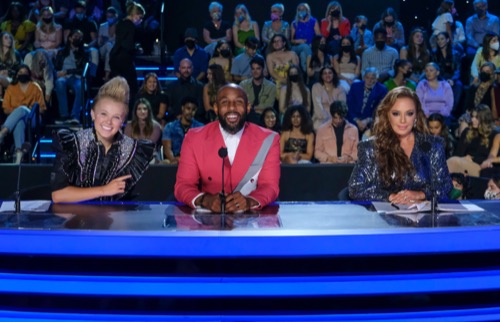 Tonight on FOX their Emmy-Award Winning So You Think You Can Dance airs with an all-new Wednesday, August 10, 2022, season 17 episode 12 episode finale and we have your SYTYCD recap below! In tonight’s So You Think You Can Dance season 17 episode 12 called, “The Season 17 Finale,” as per the FOX synopsis, “The final two competitors go toe-to-toe to impress the judges and voting audience one last time before the winner is crowned.

The two finalists must dance five performances each before the audience decides who outperformed the other and wins the title and $100,000.”

In tonight’s SYTYCD finale episode, it is the night we’ve all been waiting for! It was the season finale of “So You Think You Can Dance”. The final two were given the chance to pick their own partners for their final routine and Alexis was up first. She chose to dance with Carter. Carter was her best friend. They practically grew up together. They were trained by the same person at the same dance studio. He was the perfect person to dance with Alexis in her own field and she got to finally be herself. Others have tried to choreograph for her. They got Latin Ballroom. They just chose the wrong Latin Ballroom. And that thankfully wasn’t the case tonight.

Alexis and Carter were excellent onstage. They danced the Samba. They got lively. They got smiley. Alexis showed off incredible technique and her final routine was hands down the best Ballroom they’ve ever seen on the show. Alexis earned her place in the finale. It was sad she couldn’t have done it with Carter because Carter has been attached to some of the best routines this season. Then there was Keaton’s chance. Keaton chose to dance with Anna. They met during the filming of this show and they sorta fell in love. They were now dating. They kept it secret until now because they wanted to be private and yet their chemistry was so undeniable that the choreographer guessed the truth.

They danced in Keaton’s style. They pulled off a beautiful Contemporary number. It was so moving and Keaton was able to hold his own to Anna. She was in many ways the better actor than he was. She proved that over this current season. But Keaton held his own with her. The two of them together make so much sense once you see them dance together. They just get each other. Keaton wasn’t afraid to make it official. After the dance, he called her his girlfriend. He said she was his person. It was so cute to watch them together. It just didn’t beat out Alexis’s performance with Carter.

Alexis’s performance got a standing ovation from the judges. Keaton’s didn’t get that. Keaton’s second performance was out of his field. He was dancing Hip Hop with all-star Lex. Keaton leaned into the groove with this dance. He got low. He had some mishaps. Only it was still a stellar performance. It showed off a side to Keaton he’s never gotten to show. He hadn’t done Hip Hop until tonight and it was a great performance out of the gate. Alexis had another performance after Keaton. She had her solo. She once again danced in her field. She also got to tell her story. It turns out her mother was battling a brain tumor.

Alexis’s mother first heard about the tumor back when Alexis was a little girl. She went through treatment. She got rid of it and now its grown back. Alexis has been dealing with her mother’s illness while competing on the show. She’s also never let that stop her from pulling off phenomenal performances. Alexis was known as “the beast” because she tackles everything with such style. Alexis was Latin Ballroom now only she started out as Contemporary. It gave her an advantage. Alexis’s Contemporary numbers are always so beautiful. It really was her strongest field. Alexis’s performance with all-star Jason was another Contemporary. And once again it was perfect.

Alexis dedicated her dance to her husband, Jake. Keaton also got to talk about his own life. Keaton grew up in a small town where most young men his age were focused on sports and Keaton stood out because of his love for dance. Keaton was bullied as a kid because of his passion. Yet, he never let that stop him from pursuing it. Keaton got lucky with his parents. They never tried to force him into any role. They accepted him as he was and he will always love them for doing so. Keaton passion wasn’t just some hobby. He was a phenomenal dancer. He was very technical. He always got the steps just right. And that’s why he was in the final two.

Keaton had a solo performance in his field. It was intimate. It was very telling. He showed what a powerhouse he was and his final performance of the night had been with Alexis. They danced an upbeat tale about a treasure hunter. Keaton was the hunter. Alexis was the snake guarding the treasure. It was a great performance. They brought out the best in each other. They even sported each other as the winner of this season was announced.

The winner of season seventeen was Alexis! She was truly a powerhouse and it was great that it was acknowledged by her becoming the first female Ballroom dancer to win the show.