The Bold and the Beautiful Spoilers: Finn Fights To Get Free – Sheila’s Violent Reaction 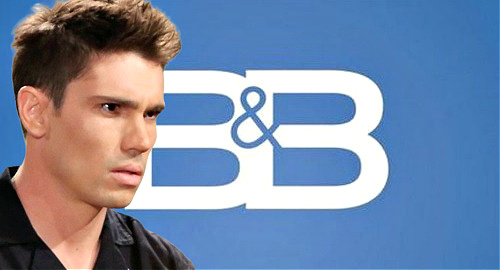 The Bold and the Beautiful spoilers reveal that Sheila Carter (Kimberlin Brown) is determined to heal John “Finn” Finnegan (Tanner Novlan). Even though Finn wakes up and his memories come rushing back, Sheila begs for forgiveness. By the time the week of July 11 rolls around, though, Finn fights to get free. Sheila’s agitation could cause her to lose control.

B&B spoilers reveal that Sheila is convinced that she got rid of her competition for Finn’s love.

Before watching Li Finnegan’s (Naomi Matsuda) fiery vehicle go down into the water, Sheila ranted about Finn’s adoptive mother not sharing him.

However, Sheila didn’t want to share Finn either. Sheila wants Finn all to herself and away from anyone who could interfere in that relationship.

Despite Sheila thinking that Li is dead, Matsuda was recently seen on set and included in a behind-the-scenes cast photo.

So, Li must have survived the crash. In fact, Li could be lurking around somewhere nearby just waiting for the opportunity to take Sheila down for good.

It is teased that during the week of July 4, Finn’s memories come rushing back.

When Sheila has to answer Finn for what she did to both him and Steffy Forrester Finnegan (Jacqueline MacInnes Wood), she begs for forgiveness.

Finn isn’t able to just get up and walk out the door, though. Finn probably won’t have the strength or opportunity to call for help, either.

So, Finn is going to have to deal with Sheila until he gets strong enough to leave on his own.

Fighting to Get Free

The Bold and the Beautiful spoilers reveal that Finn even tries to play a trick on Sheila.

Finn knows just how dangerous his birth mother is but there will only be so much he can take.

So, Finn might be able to convince Sheila that he forgives her but only for so long.

When Finn can’t keep faking his forgives and “bond” with Sheila any longer, he will fight to get out of there.

However, it’s not just Sheila that Finn has to get past. Mike Guthrie (Ken Hanes) will be on hand to help Sheila. It’s two strong, healthy adults against a recovering Finn.

The Bold and the Beautiful Spoilers: Sheila Carter’s True Colors

It is teased that during the week of July 11, Sheila gets agitated with Finn fighting back.

Sheila might be able to play the doting mother nursing Finn back to health for a little while. However, when she can’t get the love, acceptance, and forgiveness she wants, Sheila’s true colors will come out.

Sheila will lose her temper but what does that mean for Finn?

Could Sheila be unable to contain her rage and accidentally try to kill Finn again?

Will Sheila take action to Finn can’t leave her ever again? With Li secretly surviving but missing, she could be the person that helps Finn escape.

It is teased that when Sheila is finally caught, there will be explosive and high-octane scenes, so stay tuned!