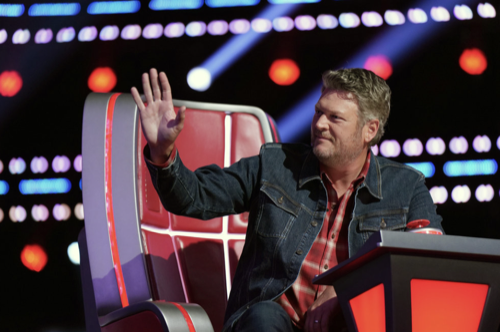 Tonight on NBC’s Emmy Award-winning musical competition The Voice airs with an all-new Tuesday, October 11, 2022, season 22 episode 6 “The Battles Premiere,” and we have your The Voice recap right below. On tonight’s The Voice season 23 episode 6 as per the NBC synopsis, “Jimmie Allen, Sean Paul, Charlie Puth, and Jazmine Sullivan to prepare their artists to go head-to-head in hopes of advancing to the knockouts. Each coach has one steal and one save at their disposal.”

The Voice returns with the battle rounds. One week earlier, Gwen meets with Sean Paul, her advisor. Sean agreed because he likes working with Gwen. He also likes the raw talent of the show. Rowan is a new singer on Gwen’s team. She comes out with Jillian who is also competing this season. They are thrilled they have been paired. They show off their duet. Gwen and Sean love it. They give them tips about showing off their emotions and facial expressions. Sean tells them to live in the moment.

Rowan and Jillian hit the stage for the battle rounds. They both give their all. Gwen is teary-eyed. She has a hard choice to make. Camilla loved it. John loves the tone and the notes. Blake thinks Jillian is electric. Rowan is also great. Blake picks Rowan. Gwen makes her decision…it is going to be Rowan. The pair hug.

The judges joke around, teasing one another about their teams. Jazmin Sullivan meets with John as his advisor. The two get right to work with his female singers who are set to compete against one another, Dia and Valerie.

John and Jazmin give their feedback, telling the pair to make the performance and their tone a little less pretty since it’s an angry song. It’s time for them to take the stage. They perform together with the audience getting into the song. Blake liked Dia’s consistency overall. Camilla liked the sassiness. She would pick Dia. John agrees and picks Valerie. Dia says her goodbyes.

Blake teases Camilla about her not knowing songs from Van Halen, Metallica, and more. Camilla meets up with Charlie Puts who is her advisor. Camilla gives Charlie the background on Morgan and Steven, who both live in Nashville. They plan to sing Wrecking Ball. They show off their song together. Camilla and Charlie are looking for more texture and emotions.

They hit the stage to perform. Blake thinks Steven sang the hell out of it but Morgan really hit the next level. John loved it. Camilla is proud but she has to pick one. She tells them they are both special. But she picks Morgan, sending Steven home. Camilla saves Steven at the last moment of the show. She sees his potential. Steven is humbled.