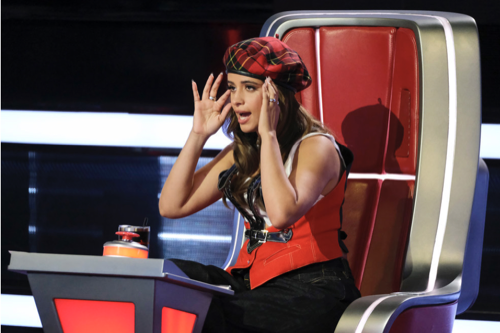 Tonight on NBC’s Emmy Award-winning musical competition The Voice airs with an all-new Tuesday, October 25, 2022, season 22 episode 12 “The Battles Part 5,” and we have your The Voice recap right below. On tonight’s The Voice season 23 episode 12 as per the NBC synopsis, “The Battle Rounds conclude as the coaches enlist music industry powerhouses Jimmie Allen, Sean Paul, Charlie Puth and Jazmine Sullivan to prepare their artists to go head-to-head in hopes of advancing to the knockouts. Each coach has one steal and one save at their disposal.”

In tonight’s The Voice episode, Omar and Lana arrive to meet Jazmine Sullivan with their coach John. They are thrilled and think this is all surreal. Omar has been singing since his teens. He wants that trophy. He sings a song from Frozen with Lana. Jazmin loves Omar’s voice. John loves Lana’s theatrical energy. She has been also singing for a long time. Her approach is dramatic while Omar’s is technical. John points out when they shouldn’t harmonize.

Lana and Omar both hit the stage. They sing together. After they perform, Blake commends them both, choosing Omar. Gwen and Camilla were also impressed. John weighs in on how proud he is of both, of their phenomenal and inspiring performance. He chooses Omar.

Charlie Puth and Camilla meet with her two teen members, Andrew and Zack. They will both sing a Whitney Houston song. Camilla and Charlie want them to be more emotional with their performance. Later, the two take the stage. Gwen loves how Zack’s voice shined and the contrast. She also loved Andrew’s range. John agrees. But he thought Zack was more on point. Blake thinks Andrew could have done better. Camilla chooses Andrew!

Fast forwarding through some of the battles that were not aired, Payton and Chello also won their rounds. Gwen also chose Kayla. Blake meets with his team members. He has Jimmy Allen on his team to consult. They welcome the married couple, The Dryes, on Blake’s team. Bryce Leatherwood is also singing with the couple. He has the biggest challenge, Blake points out since the duo is used to singing together with one another.

The Dryes and Bryce take the stage altogether. Camilla loved Bryce. Gwen agrees. For John, he loved The Dryes. Blake is having trouble deciding. But he ultimately chooses Bryce. Bryce is headed to the knockouts.

As the Dryes start to say their goodbyes, Blake decides to save them. He hits the button for his only save. They are thrilled to be staying as Blake declares a do-over! The other coaches yell. This should be good!