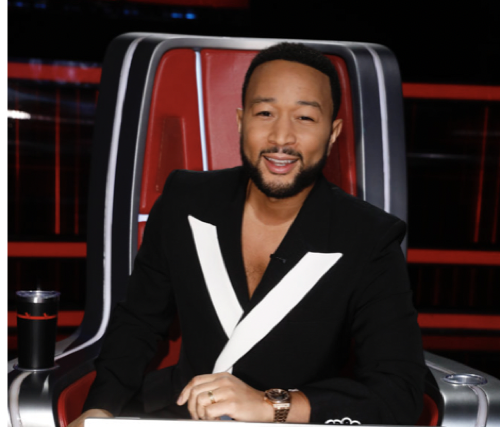 Tonight on NBC’s Emmy Award-winning musical competition The Voice airs with an all-new Tuesday, November 29, 2022, season 22 episode 21 “Live Top 10 Eliminations,” and we have your The Voice recap right below. On tonight’s The Voice season 22 episode 21 as per the NBC synopsis, “The Top 7 artists are revealed as safe by America’s votes while the bottom three compete in the Instant Save. Coaches Gwen Stefani and John Legend each perform with their teams for the first time.”

Tonight’s The Voice episode begins John Legend, when he opens the show with performance of “The Weight” with Parijita, Kim and Omar.

The top ten are on the stage:

Carson Daly talks to the top go-getters about their performances last night and on how they kicked it out of the park. In no particular order, the first two who are safe and advancing to the semi-finals are Bodie and Morgan.

Then, Omar and Justin are also told that they are safe and will be moving on to the top 8.

Justin and Gwen take the stage to perform their rendition of “Burning Down the House.” Kique is still appearing remotely due to testing positive for COVID.

We get a glimpse into Blake Shelton’s bar in Nashville where he and Carson host a round of “Armageddon” with the other coaches and they beat Blake at his own game.

Brayden finds out that he is also safe through to next week’s show.

The last two artists to advance straight to the top 8 and are given another chance to perform for America, are Parijita and Bryce.

The first artist to perform in the instant save and prove to America why they deserve to be saved is Rowan performing, “Landslide.” Blake says that every time she gets on the stage it is like watching a Grammy performance. Those are the kinds she really shines at, the ones we grew up on.

Kique performs “River” remotely. Gwen says it is crazy because this show has so many talented people, but it is so rare to see an artist like him that is so unique, and it would be a shame if they don’t vote for him, he is one of the most gifted singers she has ever met.

Kim is the last instant save performance of the night and she is sining, “Believe.” John says that was so beautiful, so spiritual, so moving. Her voice has so much soul and so much warmth, her tone is so beautiful, he loved that performance.

Kique and Rowan are eliminated.