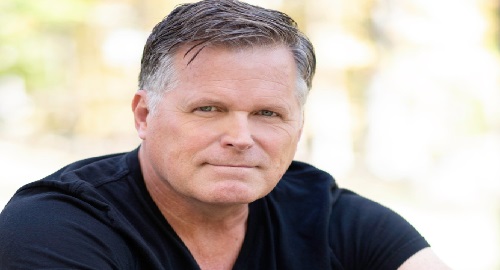 The Young and the Restless (Y&R) spoilers tease that Robert Newman has joined Y&R as an Ashland Locke recast, so Richard Burgi’s replacement has been revealed. According to SOD, Newman’s first airdate will be in February, so it won’t be long until a brand-new Ashland debuts in Genoa City.

Soap fans might recognize Newman from his role as Josh Lewis on Guiding Light. Newman also had a brief run on Santa Barbara as well as one on General Hospital, so he’s no stranger to the world of daytime dramas.

Plus, Newman has been featured in primetime shows like Homeland, House of Cards, NCIS, Criminal Minds, Chicago Fire and more. He’s a fantastic performer who’s proven he’s got some serious talent, so he’ll no doubt do well as he slides into the role of the formidable and secretive Ashland.

Of course, this news is a game-changer since it means Ashland’s sticking around longer than anticipated. Richard Burgi may be out, but Robert Newman is in! There’ll be more Ashland drama to come – and you can bet there’ll be a lot of it.

If you thought Ashland was done keeping secrets, think again. Ashland hasn’t been completely honest with Victoria Newman-Locke (Amelia Heinle), so that’s sure to lead to trouble in their marriage soon enough.

There’s something Ashland should’ve come clean about when he had the chance, so Victoria will ultimately face that revelation and react accordingly. Victoria and Ashland will inevitably have some emotional confrontations once Ashland’s deception explodes.

This could naturally put a Newman target on Ashland’s back since Victor Newman (Eric Braeden) won’t be happy about Ashland’s continued lies, especially after all the times Victor’s stepped up to cover for Ashland.

Bottom line, Ashland will remain in Genoa City with Newman joining Y&R as a recast, so don’t miss what’s ahead. As other details emerge, we’ll pass along updates.