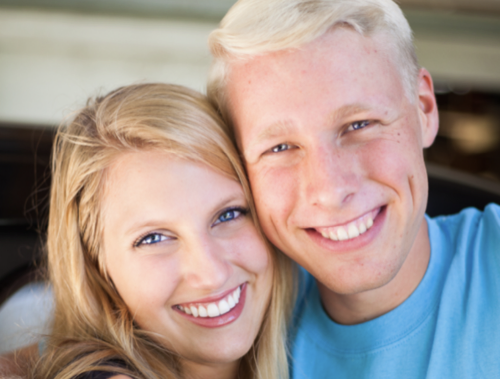 Tonight on TLC their reality show Welcome To Plathville airs with an all-new Tuesday, June 14, 2022, episode, and we have your Welcome to Plathville recap below.  In tonight’s Welcome to Plathville season, 4 episode 5 called “I Was Born in the Dining Room,” as per the TLC synopsis, “Olivia is shocked when Ethan reveals that he’s been keeping a secret from her for months. Micah goes on a double date. Kim opens up to the little girls about her separation, resulting in some very tense discussion.”

In tonight’s Welcome To Plathville episode, Ethan bought a car while he was separated from his wife. He didn’t tell her about it when they got back together. He knew she would be angry. Olivia said that Ethan uses his hobby as a way to hide from uncomfortable conversations about their marriage. He tends to treat the hobby as a mistress. It, therefore, didn’t shock Olivia that he bought another car while they were supposed to be working on their marriage. But it did make her sad. She was sad that Ethan kept trying to push her away. They were supposed to be a team and operate as a team only Ethan often forgets that. He prioritizes his cars over her.

Over in LA, Micah went on a blind date with a young woman who was friends with his friend’s girlfriend. They all went over to the friend’s house. They played some games. They drank. They also asked Micah about his childhood. He has eight siblings. He was asked if his mom was okay. He assured them that she was because she had no problems with any of the deliveries and that was normal for her. His mom has had several babies in the car. His father delivered half of them. They were all born at home and Micah didn’t realize that it wasn’t the typical thing until he noticed other kids at the grocery store.

Micah realized early on that his family wasn’t like other families. He and his siblings were homeschooled. They didn’t get access to the internet or technical gadgets. They were given a faith-based education. Kim and Barry did that because they thought they were keeping their kids safe and it wasn’t until years later that they realized they were losing their older children that they tried to change some things around. Now, they were no longer unit. Kim and Barry were separated. He told the younger kids over dinner and it didn’t help that they saw him cry or that they saw how much this upset him because then they began seeing their mother at fault.

It was Kim’s idea to separate. She said they’ve grown into different people since they first got married and that’s okay. It happens. They just didn’t know how to bridge the gap now and it wasn’t helped by Barry using the kids as his sounding board. He tried not to tell them much. Or at least that’s what he claims, but he made a point of saying this separation was very much Kim’s decision and that he hopes she changes her mind. He could have left that part out if he truly wanted to keep the younger kids neutral. He instead made himself the good guy and painted Kim as the baddie and then she was left with the fallout.

Then there was Olivia. Once she stopped being sad, she did eventually get angry. She was so mad that her husband hid this from her for eight months and this was during the time they were working on their communication. Olivia was so angry that she told Moriah to get Ethan’s favorite flower for his funeral. Moriah soon found out about the car. She and Olivia talked about it. Olivia tried not to go into too many details about her marriage because she does take into account that Moriah is Ethan’s sister and she didn’t want to put her in the middle. She instead talked about how she felt.

Olivia was angry that Ethan keeps turning to his car over her. At the beginning of their marriage, she could understand him doing it out of instinct, and now it’s a choice. He’s choosing that over her. Ethan has always struggled with talking to his wife. He’s made plenty of mistakes and it had looked like he was on his way to giving Olivia the support she needed when he broke himself off from his toxic parents. But since then, it’s been like talking to a wall. Olivia tries to tell him what she needs and he deliberately misunderstands her. Ethan also never sees what he’s doing wrong and so he gets that from his father.

After Barry laid all the blame at Kim’s door, she tried to repair the damage. She invited the younger girls over for a sleepover with her mom and one of her daughters lashed out at her. She said that if Kim wants the separation so much that she should be the one to move. Kim didn’t get angry at that. She said that’s what she’s doing. She’s staying at their rental properties while she figures out what she wants. She also did her best to answer questions. One of her daughters was still pretty upset because she said that her dad bought her mom a dance studio and looked at how it turned out for him. And so amber was really angry.

Lydia was actually surprised by how angry Amber was. Amber was just thirteen and she had already chosen a side. And it wasn’t Kim’s.