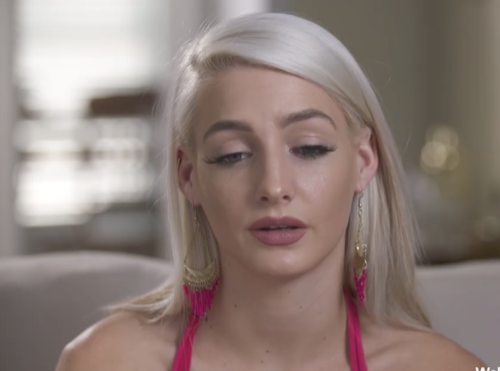 Tonight on TLC their reality show Welcome To Plathville airs with an all-new Tuesday, June 28, 2022, episode, and we have your Welcome to Plathville recap below.  In tonight’s Welcome to Plathville season, 4 episode 7 called “Eyes Down!,” as per the TLC synopsis, “Micah celebrates a wild 21st birthday at a strip club with Ethan and Olivia. Moriah confronts Lydia about her recent meet ups with Max. Kim moves back home, and she and Barry discuss the future of their relationship.”

In tonight’s Welcome To Plathville episode, Ethan told his wife about what happened at the bar. He went out alone to a bar. Some woman gave him her phone number and she left it was up to Ethan whether he wanted to call or not. Ethan didn’t in fact call this woman. He instead told his wife about it and her first question was why did he take the number, to begin with. If he truly wanted to shut that down, he could have told the woman he wasn’t interested right then and there. Olivia was willing to give Ethan brownie points for telling her about what happened. But he shouldn’t have accepted the number, to begin with. Olivia would have gone into depth about that only she wanted to focus on Micah’s twenty-first birthday party.

The party was the family’s idea to celebrate Micah. Micah is a good kid. He loves his family and they all love him in return. But the family was going through some things right now. His parents were going to get a divorce. Kim has admitted she wanted a divorce from her kids and so she wants out. Her husband Barry on the other hand wants to work on the marriage. He was a very Christian man. He would never choose to get a divorce if he had a say in what happened and yet he was going to get divorced all the same because that’s what Kim wants. Kim wants out. She’s been deeply unhappy for years. And she didn’t want to stay married just for the kids’ sake.

Kim talked about this with her daughter Moriah. Moriah was also coming out of a bad relationship and she understood where her mother was coming from. Plus, their talk, made Moriah realize that she needed to talk to her sister Lydia. Lydia remained friends with Moriah’s ex-boyfriend. Moriah understood why at first because she herself hadn’t known what she felt about Max. But that changed once the relationship was over for good. It also should have changed when Lydia found out Max had cheated on Moriah. Lydia’s loyalty should have been to her sister. And instead, she made her sister feel worse by continuing to meet up with Max.

Moriah told her mother that she didn’t think Lydia understood how much that hurt her. She knows her sister and her sister would never do something to intentionally hurt her. Moriah just had to talk to Lydia. To explain her feelings for Lydia to understand that her actions did hurt Moriah in the end. Which is what happened. Moriah later talked to Lydia and Lydia did apologize for her mistakes. Lydia admitted that she talked to Max because she had wanted to forgive him for cheating on her sister. Lydia was such a kind person that she thought it was her place to forgive him. And she had been wrong about that.

Something that Moriah explained. It was Moriah’s place on whether to forgive Max or not and she was choosing not to forgive him because he didn’t learn a single thing during their relationship. He cheated. Then he blamed it all on her. He even took to social media to make a post in which he blamed it all on her and so he wasn’t worthy of forgiveness. Lydia just forgave him because she was too kind to tell him to go to hell when he called her. But once Moriah explained, Lydia realized that she was hurting her sister. She chose to never do that again in the future and so that it was for her friendship with Max.

Her relationship with Moriah meant more to her. Lydia will always put her siblings first. She hadn’t moved out and gone live with her friends because her younger siblings needed her more than ever what with the pending divorce. So, Lydia was staying put. She still wished Micah a happy birthday, though. Micah had a party. Everyone was having fun. All those that were over the legal limit were drinking and Moriah wasn’t and so she was having shots of juice. Someone mentioned a strip club. Micah wanted to go because it was his birthday and he asked Ethan if he wanted to do it. Ethan was interested because had never been. And so he ran it past his wife.

Meanwhile, his parents got together to talk about the future of their marriage. Barry accused Kim of being selfish for wanting out and so she hit back by asking him why does he want her to be unhappy? Their marriage was over. There was no getting it back. Barry had wanted to hold on to some hope, but Kim said it was over and she seemed set.