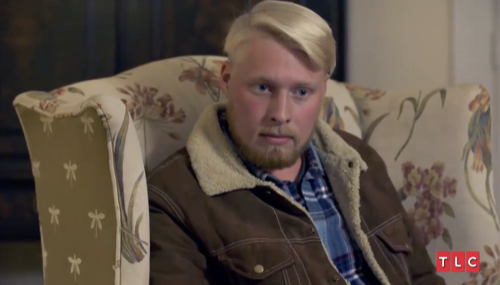 Tonight on TLC their reality show Welcome To Plathville airs with an all-new Tuesday, July 5, 2022, episode, and we have your Welcome to Plathville recap below.  In tonight’s Welcome to Plathville season, 4 episode 8 called “I Feel Like a Cow,” as per the TLC synopsis, “Barry reaches out to Ethan after two years with shocking news. Ethan’s hesitation about seeing his mom leaves Kim feeling excluded from an important family discussion. Moriah and Olivia rebel against their past and try pole dancing!.”

In tonight’s Welcome To Plathville episode, Moriah was really into Ballroom dancing. She wanted to do something for herself. Some way to express herself and dance was that. Moriah wanted to explore several forms of dance. She started with Ballroom. She quickly realized she loved it and she found it so romantic. Moriah wanted to stick with it even as she continues to explore herself. She also hasn’t had the talk with Ethan. Ethan was the only child who didn’t know about their parents’ divorce. Their mom Kim wanted out of her marriage to their father Barry. It’s been hard for all the kids to come to terms with that, but then they also had to hide it from Ethan.

Ethan hasn’t spoken to his parents in years. It’s been two years since he last spoke to them and that final time had been more confrontation than talk. Ethan was open to talking to his dad. He felt his dad was remorseful for how their relationship deteriorated. But he didn’t think his mom was in any way sorry about how she treated him. Ethan, therefore, offered to come by the house on the condition that his mother wasn’t there when he did. Ethan and Micah had just taken a road trip back to Georgia on their motorcycles. They wanted to look at Ethan’s car when he got a text from their dad. And Barry followed up that text by calling.

Barry had wanted to break the news about the divorce in person. He asked Ethan and Micah to come by the house and that’s when Ethan agreed to come as long as his one condition was followed. No Kim. Just Barry. Barry agreed to it because he knew that they were living separately and that Kim rarely came by the house. The house was more or less left to Barry. He was living there with their younger children and the children would occasionally go out to visit their mom at one of the rental properties. Kim actually hasn’t been by the house in months. She also hasn’t really sought her daughter Lydia.

Lydia and Kim used to have a great relationship. Right up until Kim decided she wanted out. Since then, she doesn’t come by and she practically leaves the mothering of the younger children up to Lydia. Lydia was the one helping them with their homework. She was the one who was talking them out of negative emotions. Lydia has sorta taken over her mother’s role in the younger kids’ lives. She was the one in the house. Kim was usually busy at her dance studio. The one time she did want to come over was when Ethan was there and his condition with Barry was that Kim had to stay away.

Ethan later came by the house. He got to tour it for the first time and he got to catch up with his younger siblings. After a while, Barry asked to speak to him alone. He then told his son about the divorce and all Ethan could say was “dang” or “sorry”. Ethan managed to hear the full story of the breakdown of his parent’s marriage. It made him realize that he needed time to process it all. His parents and their faith as well as the strong dictates of their faith were something Ethan would normally assume prevents a divorce. But that wasn’t the case here. Kim wanted out and she’s already mentioned divorce to the kids.

Barry had time to talk to Ethan. Kim wanted that same opportunity. She wants to try and reach out to Ethan and, while she tries to make a decision, her daughter Moriah was continuing to explore dancing. Her latest form of dance was pole-dancing. Olivia even went with her. Olivia went to the strip club with Ethan and Micah for Micah’s birthday. She became interested in trying that out. She also wanted a way to step away from her past. She grew up very religious. She was told to contain everything and to not wear skimpy clothing and so the pole-dancing class was very fun for her. she got to explore what feels comfortable to her. And she brought down some of her shame walls.

Kim meanwhile talked to a family friend. This friend’s name is Charles. He was a good listening ear and Kim talked about her divorce with him. She was committed to not going dirty in the divorce. She didn’t want to defame Barry. But she was worried by not saying anything bad, the kids were going to find a way to blame her for the divorce. Charles told her to stick with an original idea. Don’t go dirty. The kids were going to think what they want to think and Ethan was already picking sides. He was on his dad’s side. He blamed his mother for the divorce. He no longer wants anything to do with her and he wasn’t the only child that was angry at their mom.

Some of the younger kids were also upset. Only Ethan went a little too far for Micah. Micah had to tell him to stop badmouthing their mom because he was ticking him off by then and that was a lot from Micah. Micah was pretty easygoing. If he got upset, its because Ethan was in the wrong. Ethan has to hear out Kim’s side of things. He couldn’t just take Barry’s side. He had to be fair.