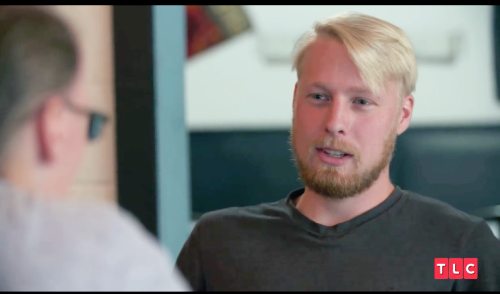 Tonight on TLC their reality show Welcome To Plathville airs with an all-new Tuesday, July 26, 2022, episode, and we have your Welcome to Plathville recap below.  In tonight’s Welcome to Plathville season, 4 episode 11 called “I’m Done Choosing,” as per the TLC synopsis, “The Plath children all gather at their farm to celebrate the birthday of their deceased brother. Everyone but Kim is invited, which has her feeling left out yet again. When Kim informs them that she will be at the gravesite, Olivia is overcome with panic.”

In tonight’s Welcome to Plathville episode, Ethan and his wife Olivia were happy to be back in the fold. They missed the younger kids. They were glad at seeing everyone and so the only person they didn’t see was Kim. The couple didn’t want to run into Ethan’s mother. They blamed Kim for everything that went wrong in the past. They even blamed Kim for some of Barry’s actions. Barry would say or do something to offend Olivia. But Olivia said that he was still a good guy at heart and that it was Kim who manipulated him into doing those things. Things like ostracizing her. separating Olivia from the younger children’s lives. They also have forgiven Barry for almost fighting Ethan.

The one person they weren’t willing to forgive was Kim. Kim was supposed manipulative one. She’s the one that the couple claims had a real problem with Olivia and so they wanted to leave Ethan’s mother shut out. It was actually Barry who pointed out that their behavior was unfair to Kim. Kim loves her children. She shouldn’t be told about how they spent their time together and she was the only one who wasn’t there. It’s unfair. It’s unfair to make everything entirely her fault. They might have been true, but Kim never put words in Barry’s mouth or told him to fight Ethan. The cameras had been there at the time.

The cameras showed that Kim was so upset that she leaned on the younger kids to cry. It didn’t show her egging her husband on and she never got a chance to say a single word to Olivia that day. So, the couple was being unfair to Kim. They were laying all the blame at Kim’s door. Kim wasn’t the head of the family. Barry was. Their faith dictated that the man was the head of the family and that the most Kim could do would be the neck in which he turns his head. Something Ethan repeated back then. And so it makes no sense why he blames her solely for the abuse that Olivia endured at the start of their marriage.

Anyways, it’s been years since then. The couple was prepared to forgive Barry for the part he played in everything. They even invited him to come with them and all the kids to Joshua’s grave together. Moriah originally planned things so that neither Ethan nor Olivia had to run into her parents if they didn’t want to. But then they invited Barry. Barry accepted because he was happy to be around all of his remaining children. He told Kim about it and she decided to just show up. It was her son’s grave. She lost a child. She realized deserves to remember him however she feels fit and she was going to do so with her children.

Kim told one of her younger sons that. He then told the rest of the family. It was Moriah who realized that Olivia was going to have a problem with it. Ethan had been told the same thing. His first reaction wasn’t to run it past his wife. He just shrugged it off. He said that he wouldn’t talk to his mom. He’ll just show up to be there for his siblings and be there to support them. His plan was to ignore his mother. Ethan also figured that Olivia would still go and Moriah knew better. Moriah went to check on Olivia. At the time, they were all out on the old family farm. Oliva was in Moriah’s old hiding spot and Moriah told her that her mother was coming.

Olivia didn’t take the news well. She decided she had to get out of there. She said that whenever she gets panicked or she feels stressed – she runs away. Something she did again in this situation. Something that both Moriah and Ethan knew beforehand. But this time was different for them. It was their late brother’s birthday. They wanted to celebrate their brother. Ethan was annoyed that Olivia was no longer going to the gravesite. Moriah was unhappy as well because she was always there to make sure that Olivia is doing okay. She checks in with her. She’s constantly been there to support Olivia and Olivia never once checked on Moriah in all of this.

Moriah thought going to the gravesite was bigger than petty grievances. She wanted to honor her brother and be with the people she knew loved him just as much as she did. As her friend, Olivia could have come along to support Moriah in this. She was instead caught up in feelings of not wanting to go and not wanting to see Kim. Ethan got so upset that he took the kids in his car. He left behind Olivia. Olivia ended up getting a ride with a crew member to the gravesite. Only she stayed in the car. She didn’t come out the whole time. She chose a middle road and this situation really didn’t have one. All she did was miss the gathering.

Olivia wasn’t the only one there. Hosana also didn’t show. The oldest daughter was off living her life and she seems not to want any part of the show. But while Barry mentioned her with the hopes of one day having her there with them, the family mostly talked about Joshua. They talked about his short life. They all told stories about him. They also laughed. Ethan ultimately did talk to his mom. He told her that he one day he will be ready to fully talk to her and they left at that. The kids agreed to go to a pool hall to play some pool afterward. Olivia came along. Ethan tried to ignore her and she noticed. She asked him why he was being rude to her.

That’s when Ethan told her that she was rude first by not going to his dead brother’s grave with the family. He then stormed off and continued to ignore Olivia. She hurt him by not going to the grave. He was in real pain over Joshua. He had wanted his wife there to support him like he’s tried to support her and she just refused to do it. Everyone was a little upset with Olivia missing it. They figured she should have put her personal feelings to the side to focus on Joshua. Moriah no longer sees Olivia as a best friend. Even easygoing Micah was annoyed with Olivia for missing the gathering. And so no one told Ethan to be nicer to his wife.