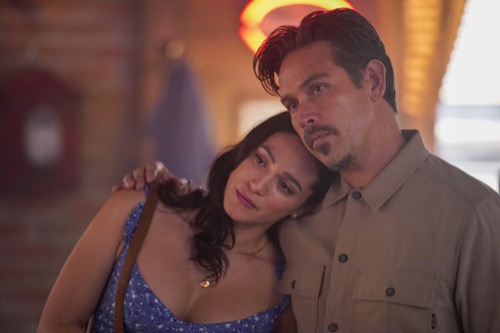 Tonight on CBS their new show inspired by series Star Max Thieriot’s experiences Growing Up in Northern California Fire Country airs with an all-new Friday, January 20, 2023, episode, and we have your Fire Country recap below. On tonight’s Fire Country season 1 episode 11 called “Mama Bear,” as per the CBS synopsis, “A former inmate firefighter harboring a grudge against Sharon returns to carry out his revenge.”

So make sure to stop by tonight between 9 PM and 10 PM ET for our Fire Country recap. While you wait for our recap make sure to check out all our television news, videos, recaps, spoilers, and more, here!

Tonight’s Fire Country recap starts now – Refresh the Page often to get the most current updates!

In tonight’s Fire Country episode, Sharon became eligible for a new kidney. She was so loved by her community that they put her news in the paper and they asked people to get tested to see if they could donate. There was even a fundraiser. Everyone wanted to help Sharon. Her son especially wanted to help.

Bode knew he was the best chance for his mom because he was her only living child. He asked Manny if he could go get tested. Manny was on the fence about it until Bode reminded him that Sharon’s life was at stake and that Manny owes her and her husband. Bode hadn’t known about the cash loan. But somehow his uncle Luke did.

Luke showed up to support Sharon at the fundraiser in her honor. He was going to be performing with his brother because they were in a band together and that’s why he didn’t make excuses to skip it. Luke should have skipped it. He knows he hit on Sharon. He made a pass at his brother’s wife. It didn’t go well for him. Sharon shut that down right away and she hadn’t told Vince about it because she didn’t want him getting upset. Only Vince picked up on the weird energy between his brother and his wife. And he later asked Luke what happened.

Luke tried to deflect by bringing up Manny only he eventually admitted he made a comment he shouldn’t have. Vince correctly guessed that his brother tried to make a pass at his wife and he was going to fight him in the bar until a joint friend broke it up. Paulie reminded them that everything has a time and a place.

They couldn’t start a fight at Sharon’s fundraiser. Vince listens to Paulie and so he was letting things go when some biker got in Sharon’s face. The biker was a former con at the fire camp. He seemed angry at Sharon for some reason and Vince had to come off the stage to go fight the guy.

Others broke up the fight. They made the biker leave and sadly the whole thing made Sharon a little sad as well. She wanted to go home. She asked her friend Dolly to drive her bike for her. Dolly was later driving it when she got into a car accident. She hit another biker. She thought her brakes failed and Bode was driving back with Manny when they came upon the scene. He rushed to Dolly’s side. Manny went to Paulie’s. They called for an ambulance and his friends later showed up. Jake and Gabriella arrived separately except Jake arrived with Cara.

Cara was Bode’s ex. They broke up after he pushed her away during his accident. Only she grew up with him and Jake and Eve and Riley. It was weird when Bode saw her again. It was also weird that Gabriella was there. Gabriella had just found out her dad borrowed money from the Leones. She needed to talk to someone about it. She couldn’t turn to Jake and so she turned to Bode. She told him about her dad having money problems. He said he could tell something was up with Manny. Everyone at the fire camp has noticed his behavior.

Everyone was worried about him. Manny seemed in a permanently bad mood. He unfortunately has a gambling problem and he’s making things worse by continuing to gamble in the hopes of changing his luck. But Manny has never been good at controlling Bode. When they saw a couple of bikers come by, Bode went over to them.

He had found out one of them got into a fight with his parents before the brakes on his mother’s motorcycle was cut and so he warned them that civilians were usually left out of it. And the motorcycle gang agreed with him and they said that’s why they kicked out Odin.

Odin was a nickname. His real name is Owen Fletcher. He went to the fire camp in the hopes of getting early release and he was a saboteur. He even tried to get Manny drinking again. Odin didn’t do anything right and he had to get booted from the program. He went back to prison. He finished his sentence and he was released.

He’s now after Sharon for sending him back to prison. He tried to harm her. It got him kicked out of the biker gang he was in. And now that he has nothing to lose, Odin decided to one up his earlier attempt at murder and decided to start some fires instead.

Odin set fires at the fire camp. Bode was already working himself in anger and he wanted to go after Odin when he noticed the fires and he and the other inmates rushed to put it out. Which they later did with help from the rest of the Fire Department. But Bode noticed someone moving in the woods nearby.

He followed that person. He eventually came upon Odin on his bike. They got into a fight and luckily Jake stepped in before Bode could truly damage Odin. Odin then got arrested. He was going back to prison and he proved that Sharon was right about him. There was no chance he would ever make a good firefighter much less a good person.

Gabriella was able to comfort Bode. Bode then started to draw her in his little journal. But Jake warned her that she runs towards people she can rescue. She did that with everyone.

She does it with her father and she did it with Jake until Jake no longer needed rescuing and that’s why she’s so set on Bode now. She wants to save him. She has a hero complex. Nevertheless things were getting better because Manny cut up his credit cards and he finally admitted to his daughter that he has a gambling problem.

And Luke left town with a word to Vince that he’d be back the moment they wanted him back.