Ono is Calling For Worldwide Healing 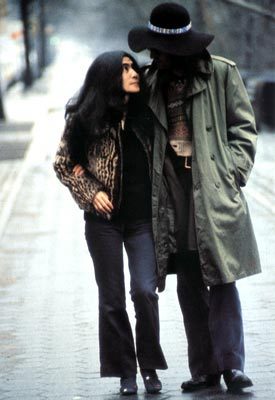 Yoko Ono is calling for the anniversary of the death of her husband, John Lennon, to become a day of worldwide healing. In a full-page advertisement appearing in Sunday editions of The New York Times, Ono urges readers to mark the anniversary by apologizing to those who have suffered because of violence and war. “Every year, let’s make December 8th the day to ask for forgiveness from those who suffered the insufferable,” writes the former Beatle’s widow, who signs the letter Yoko Ono Lennon.
Ono urges readers to take responsibility for failing to intervene on behalf of victims around the world. “Know that the physical and mental abuse you have endured will have a lingering effect on our society,” she writes in a portion of the letter directed to victims. “Know that the burden is ours.”
Ono was with Lennon when he was gunned down as he returned home from a recording studio on Dec. 8, 1980. The shooter, Mark David Chapman, remains in New York’s Attica state prison. His fourth request for parole was denied last month.
Of her own loss, Ono says: “I don’t know if I am ready yet to forgive the one who pulled the trigger. … But healing is what is urgently needed now in the world.” “Let’s wish strongly that one day we will be able to say that we healed ourselves, and by healing ourselves, we healed the world.”
source