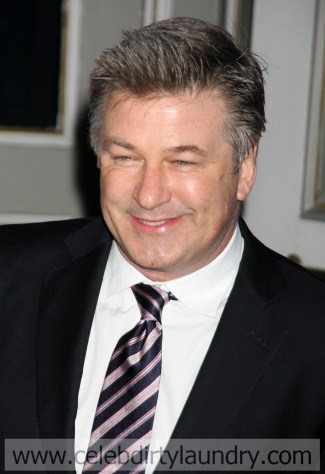 The ‘30 Rock’ star was taken to New York’s Lenox Hill Hospital after a caller, believed to be his 14-year-old daughter Ireland, phoned 911.  When police and medics arrived at the 51-year-old actor’s Manhattan apartment, Baldwin agreed to be taken to the medical centre.  He reportedly remained there for about an hour before being released.

Baldwin – who is set to co-host next month’s Oscars with Steve Martin – recently hinted he still has string feelings for his ex-wife Kim Basinger, the mother of Ireland.  He said: "Men are literally lying in bed with their wives when the marriage is essentially over thinking, ‘I’ve got to get the hell out of here,’ and have a fantasy woman in mind.  "Then you get divorced, meet a woman, marry her and, by the time all that goes by, you’ve aged a few years and are ready to go back to your ex-wife.  "You want a woman who is sane and normal. A woman who is more like you. You’ve gotten older."

UPDATE:  Officials said Baldwin and his 14-year-old daughter had argued and she told authorities he had threatened to take pills.  Baldwin’s publicist issued a statement calling it "a misunderstanding on one person’s part."  The statement said Baldwin was "quickly released," is "completely fine and will be at work" on Thursday.  Photo: Fame Pictures