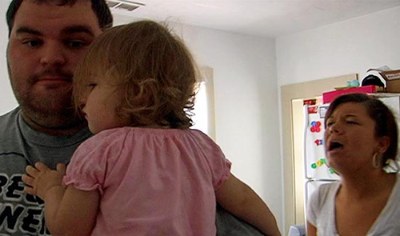 In September, MTV aired a clip of Teen Mom star Amber Portwood beating the crap out of her fiancee, Gary Shirley. Since, the police launched an investigation into the assault.

Today, she has been charged with two felonies and one misdemeanor over the incidents, which happened three times. The felony charges are for domestic violence and battery, due to the fact that they believe she attacked him in front of their daughter Leah.

Cops say Amber not only slapped Shirley in front of the kid — but she also punched him several times in the face and upper-body.

If convicted on all counts, Portwood faces three years behind bars and fines up to $10,000.