Amy Adams Has Become A Mother For The First Time 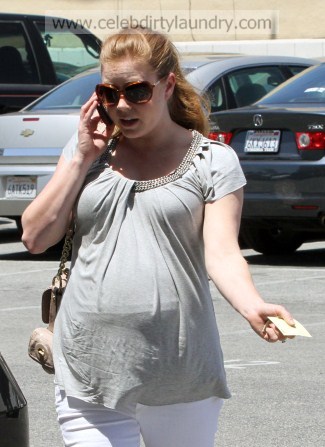 The ‘Julie & Julia’ actress – who is engaged to actor Darren Le Gallo – gave birth to a healthy baby girl in Los Angeles over the weekend and both mother and daughter are doing well.   A source told website RadarOnline.com: "Everyone is doing fine. It’s very exciting for Amy, Darren and their families.   "They have a large, extended family and all their brothers and sisters are relieved and thrilled that this moment has come for them both."

After announcing her pregnancy last year, Amy said she was going to find out the sex of her unborn baby because she was "too impatient" to wait.   She revealed:

"I’m too impatient to wait for a surprise. We’ll probably find out. I thought about waiting and I just don’t think that’s really my personality. It’s not about planning a nursery, it’s more about I just want to know. I want to be able to relate in that way. That’s what works for me, but I totally believe in whatever works for the individual."

Amy, 35, got engaged to Darren in July 2008 and has said she would be using her maternity leave to plan their nuptials.   She said: "We actually had a date, and then we had to push it because I took a part. I actually had to get permission and I called him and said, ‘We’re actually going to have to push the date.’ Now that I have the time off we’ll definitely be planning it."  Photo: Fame Pictures