Arnold Schwarzeneggar To Return To Show Business – Or Climate Change?! 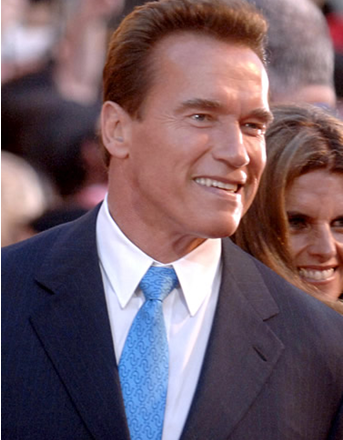 Leave it to The Terminator to try to con his way back into the public eye!  In January 2011 Arnold Schwarzeneggar will cease being the Governor of California and is talking about his future.  Of course he wants to get involved in business of some type and has even suggested working on stoping climate change!  What a joke – Arnold is merely playing to the growing audience of greenies who think climate change is like a man-made disease that CAN be stopped!  This is not the place to debate scientific issues – we are celebrity blog – but let’s realize that huge catastrophic climate change like the last Ice Age that totally changed the world’s climate and biology was not man-made at all.  But that is not the point – the point is that Arnold is a huge phony – he flys jets everywhere – drives huge vehicles and lives a opulent lifestyle with a HUGE carbon footprint  bigger than 100’s of  normal American people.  He has the gall to even suggest being a poster boy for anti-climate change?

More: Governor Arnold Schwarzenegger is Soft On Pot On Leno!

Is there nothing Arnold will not do for publicity?  Please do us a favor and just keep making more stupid boring movies – you can’t act, you can’t speak, and you sure don’t fool us.  Go take more steroids and run in the senior Mr. Olympia!