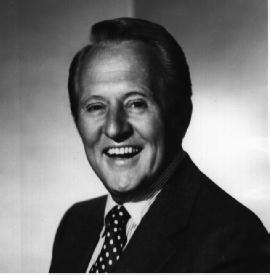 The only person to ever have 5 network TV shows running in prime time simultaneously, Linkletter was renowned for finding the lighter side of children’s comments, opinions and behaviour.   He did this in a gentle manner, keeping his television audiences entertained and laughing without ever being confrontational or scandalous.

Linkletter was born in the remote rural Saskatchewan town of Moose Jaw and then abandoned just weeks later to be adopted by a travelling evangelist, John Linkletter and his wife Mary.   He himself had 5 children, one of whom died tragically in 1969 at the age of only 20 through suicide, leaping from a 6th floor Hollywood apartment. Linkletter blamed LSD abuse for the tragedy and became a staunch anti-drug advocate. Speaking about himself he said "I was Oprah before there was Oprah!"   Farewell Art Linkletter – a true multi-talented entertainer gone from this world.