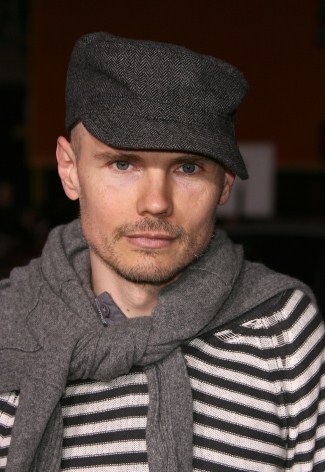 The Smashing Pumpkins rocker insists the womanising musician – who described Jessica as "sexual napalm" in a recent interview – should have kept his “mouth shut” rather than tell the world about their romps.

Billy – who has been romantically linked to Jessica, 29, for months – fumed: “I think for any person who has celebrity to sort of drop rocks at somebody else’s feet like that, there are things you should really just keep your mouths shut on. There are things that should just be left alone."   The ‘1979’ singer also claims John seems intent on wrecking his career with his outrageous comments and vulgar behaviour.

Billy, 42, added in an interview with Rolling Stone magazine: “He’s trying to destroy his career. Rather than take a year off or change his musical direction, some part of it is irritating his soul to the point where he’s trying to blow it up. Certainly a talented guy, but empathetically, standing on the sidelines, it’s hard to watch someone literally burn their career to the ground speaking as somebody who’s done it."

Jessica recently blasted John – who she dated for nine months until May 2007 – for revealing their bedroom secrets to the world.   She said: “I don’t accept it… I hope he gets his life together."
In his interview with Playboy magazine John described Jessica as being like "a drug".   He went on to say: "And drugs aren’t good for you, if you do lots of them. Yeah, that girl is like crack cocaine to me.   "Sexually it was crazy. That’s all I’ll say. It was like napalm, sexual napalm."  Photo: Fame Pictures