Bono Has Had Emergency Back Surgery, Putting World Tour Plans In Jeopardy 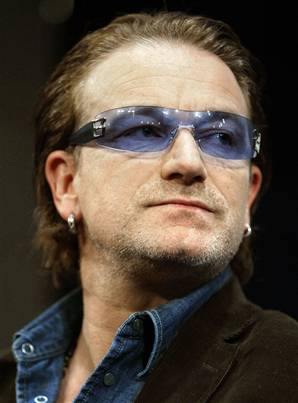 U2 singer Bono suffered an injury while preparing for a world tour, and attended a specialist neurosurgery clinic in Munich for immediate work on his spine.   He is expected to stay in Germany for a few days before returning to his home in Ireland.

A planned tour date in Salt Lake City on June 2 has been postponed.   A statement on the band’s website read: "Once his condition has been assessed further, a statement will be made regarding the impact on forthcoming tour dates."

The band’s manager Paul McGuinness said: "The band were really looking forward to getting back out on the road until the emergency on Bono’s back.   "We were due to start rehearsals on Tuesday in Salt Lake City and get the show ready for the next leg. There were going to be some changes and some new material. It’s unfortunate that we’re inconveniencing fans. We will make plans to reinstate the dates as soon as possible."  A headline appearance at Glastonbury Festival on June 25 could also be in jeopardy.   Fans of the ‘Vertigo’ rockers have been urged to keep checking the official U2 website for further details.