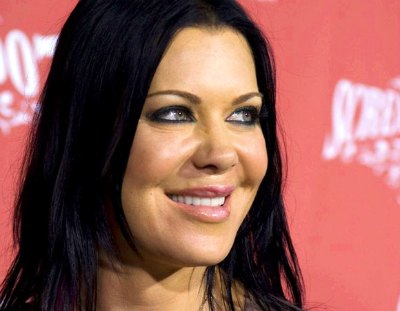 Former wrestler Chyna has been hospitalized for alcohol poisoning.

She has just been rushed to UCLA Medical Center where she was admitted and is currently being treated. So far, her condition is not yet known.

According to her Wikipedia page, she has had numerous issues with substance abuse. She had reportedly battled drug and alcohol addiction. She slurred her words in an appearance on the Howard Stern Show and claimed that she would do coke if it were in front of her. She has appeared on several television shows, including Celebrity Rehab with Dr. Drew.

Stay tuned as details are made available!

A source close to Chyna tells us she overmedicated on Benadryl. We’re told she took 4 to 5 times the prescribed amount yesterday to help her sleep — and when she got up this morning she was couldn’t walk and started throwing up.

Chyna is in the ER getting fluids through an IV, according to the source — and it sounds like she’s going to be fine.

Glad to hear she’s going to be okay. Perhaps she should see a doctor for her sleep issues?