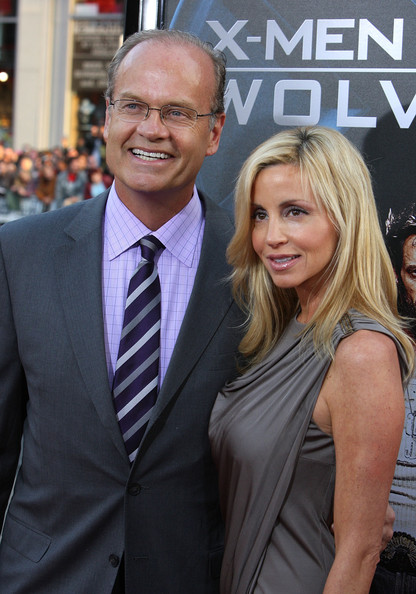 Since Kelsey Grammer and Camille Grammer had no prenuptial agreement stating otherwise, all earnings that came to Kelsey during their marriage will be divided equally in their impending divorce.

For Camille that is good news since the pair has amassed in excess of $100 million during their ill-fated marriage some say because of her.

TMZ further reports: We’re told during their 13 years of marriage, the couple amassed a fortune in excess of $100,000,000.  Much of it was invested in real estate. They have homes in the Holmby Hills area of L.A., Malibu,  Hawaii, the Hamptons, New York City and Colorado.

Sources say that when the couple married Kelsey was nearly broke but Camille seems to have good business sense.  As a team they have invested well along the way.  An insider familiar with their finances says, “They made a lot of smart decisions. They were really a good team.”

Love and marriage is the best but I guess divorce can be okay sometimes – certainly made easier when there is such a large bank to split!