Can These 5 Celebrities Recover From Their Recent Disasters?

What is the difference between Britney Spears and Robert Downey Jr., versus  Anna Nicole Smith and Gary Coleman?

Well apart from the obvious fact that the first two are alive and the last two have died, we can say that while all 4 had damaged their careers to the point where they were basically unemployable, the first two managed to recover and return to great popularity and success while the second two did not. Why?

What were the key differences between the pairs that enabled Britney and Robert to get out of horribly deep dark holes, but left Anna and Gary floundering in self-pity and miserable failure? As we explore 5 stars — Lindsay Lohan, Jesse James, Tiger Woods, Jon Gosselin, and Mel Gibson — currently struggling with their own catastrophes, we will attempt to answer the question above. 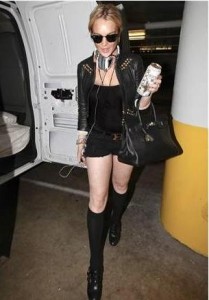 Lindsay Lohan’s problems are really just consequences of her lifestyle which is centered around substance abuse, sexual promiscuity, and an obnoxiously solipsistic need to thumb her nose at authority. Ms. Lohan just seems to find trouble, seek it out and embrace it even.

Going to Paris and missing her recent court date was a perfect example of how her problems are entirely self-induced. Lindsay has had asthma since childhood yet she smokes – what does this tell you? Lots of people, especially in Hollywood, dabble with drugs and alcohol, but most have a strong enough sense of survival to avoid doing these things while they drive, but not Lindsay!

The problem is that while Lindsay makes for great gossip columns she is a hazard to hire for a serious singing or acting roles. Entertainment productions can cost in the hundreds of thousands or even millions of dollars per day and when a lead can not be relied upon to show up in condition to perform it makes it very difficult to hire them. We’d have to say that as of right now, with her bouncing out of rehab in less than one quarter of the time mandated, she is not a good bet for making it back. We truly never want to predict a poor future for anyone, but Lindsay Lohan is just not trying – she is just not giving us anything upon which to base our hopes. 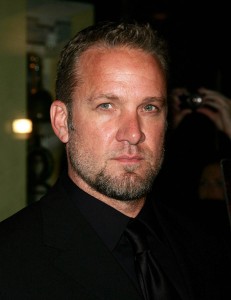 Jesse James screwed up a marriage to someone who appears to be one of the kindest, prettiest, and most talented women in show business.

Fortunately for Mr. James, Sandra Bullock is also very classy. Considering the sordid circumstances of his philandering, she could have made his life much more miserable than she did.

Because Jesse’s West Coast Choppers business does not depend on the Junior League or the PTO for its clientele, his financial success is in no way jeopardized by his scandalous womanizing. Furthermore his TV shows are unlikely to suffer much as a consequence of his despicable unfaithfulness – I mean with all due respect to people’s right to choose – those who watch reruns of Monster Garage or Jesse James is a Dead Man are unlikely to be deterred by James’s divorce from Bullock or his adultery.  His reputation in Hollywood however, is tainted forever.  No more A-List starlets for this guy.

What we have learned about James is the type of women he goes for – cheap, glossy, trashy, and with lots of “body art” – the more tattoos they have the more he likes them. How he and Sandra wound up together remains a mystery, in other words, what did Sandra ever see in this salacious low-class bum?

By the way, an interesting side note here – Jesse claims to be a relation of the most famous American outlaw, Jesse James the gunslinging bank robber of the mid 1800’s, he claims his great-great-grandpa was James’ cousin. This mythos however, is disputed by the James Trust who offered a free DNA test to our chopper boy, who of course, declined.  This indicates to me that his claim is a lie – what do you expect from a low life like him? 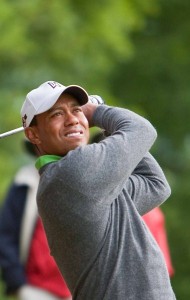 Tiger Woods is a miserable phony – a thorough fake who tried to pretend for many years that he was Mr. All America with the perfect wife and children.

Why? So that he could capitalize on his golfing prowess by maintaining the highest annual income globally through sponsorships and endorsements of any sports figure. Yes – Tiger was the highest paid athlete in the world. Guess what – he still is!

In 2010, Tiger has earned over $90 million dollars, which while down from his peak of about $130 million before the world learned that Tiger Woods prefers prostitutes to his wife, was still enough to make him number 1. So in purely financial terms we can obviously say that Tiger Woods has weathered the storm of scandal and emerged still on top. But that is far from the whole story. Woods has lost respect – he was adored and respected by golfers and non-golfers alike before the scandal broke and he seemed to thrive on this adulation.

With his divorce from Elin Nordegren legal and final as of August 23, Tiger must face the reality that in what should have been the most important part of his life he failed completely. He lost the love and support of his wife and the respect and admiration of most of the world – all in order to have cheap sex with a bunch of women who all betrayed him and sold out their intimate moments to scandal sheets for what was basically chump change.

So will Tiger Woods ever be the world’s greatest golfer again? From what I read and hear, golf is an extremely tough mental game and Tiger has to play it at the most competitive level where things are even more difficult. When he walks onto the course now he must know that the people right there – standing in the crowd – are thinking at least as much about what he did in bed with whores and how stupidly and vulgarly he behaved for years, as they are thinking about if he will make the next shot. This is bound to interfere with his formerly much vaunted concentration and ability to make key shots. Thus I predict that it is all over, but the crying for Mr. Tiger Woods. He will continue to play great golf, but never again at the very very top of his game which means that his reign as king of the links is over! 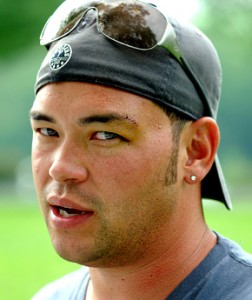 Jon Gosselin sneaked in here mostly to show us just what a true moron can do to ruin himself when given just a bit of power, fame, and wealth.

Imagine this clown, who has no claim to fame apart from his much cleverer wife Kate and his kids, behaving like a movie star! What a buffoon, fooling around on Kate after she was responsible for turning an obstetrical freak occurrence into a multi-million dollar franchise. It takes a fool to fancy himself a star when all he ever was, was Kate’s husband. This becomes clearer with each passing week as Jon drifts further into obscurity – exactly where he belongs both in terms of his awful behaviour and his exceptionally talentless character. No – Jon is not coming back unless Kate takes him back for some crazy reason – or he happens to marry someone very famous and powerful who can give him a TV show. 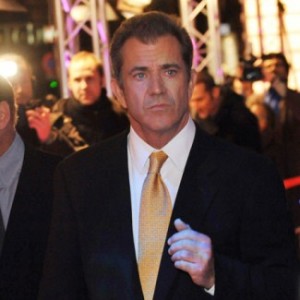 Mel Gibson is a phenomenon who seems capable of surviving and even flourishing despite the disdain of many of Hollywood’s central power brokers. After Mel’s unfortunate drunken anti-Semitic rant when he was picked up for drunken driving in 2006 Hollywood basically disowned Mel. Yet he came out later in that same year with Apocalypto which he produced and directed and which was, arguably, his greatest work. Now his lively conflict with gold digger Oksana Grigorieva makes the news daily and portrays him as a ranting, racist woman-abuser.

We already knew that Mel tended to be a bit of a racist, and an anti-Semite in particular, which is partially due to his father who is a well known member of ultra-right-wing groups with strong similar bigoted views. This is of course, no excuse for his bigotry. The question is, will Mel bounce back from this one?

Absolutely! Hollywood is the strangest place on the planet. On in Tinsel Town, can a guy like Roman Polanski, a convicted child-molester, get half of the town to sign petitions for his release. Perversely, after decades of evading the law and punishment, he was eventually detained by the Swiss who considered his extradition to the USA but then later denied the US request and released Roman. My guess is that if Mel survived the anti-Semitic rant in 2006 this will be a relative piece of cake – maybe not a kosher cake, but cake nonetheless.

What we can conclude about the failure for fallen stars is, if they stop the behavior that got them into trouble their chances of making a big comeback are very good.  This was certainly the case for Britney Spears and Robert Downey Jr., both of whom were worse off than Lindsay Lohan has ever been. They changed – they sobered up, and stopped acting out and miraculously,  people starting loving them again.

With Anna Nicole and Gary Coleman, there was no change in the behaviors that got them into trouble and that resulted in sad and tragic consequences. From what I can tell, Lindsay Lohan is not ready to change either. Jesse James’ awful behavior, may not have affected his bottom line, it did taint him forever as a serial cheater (with terrible taste in women). Jon Gosselin didn’t have much to lose to begin with, so expectations for a resurrection are pretty low.

But Mel Gibson’s latest disaster has hurt him (for example Leonardo DiCaprio has dropped out of his latest film production), however, he’s bounced back before from similar difficult circumstances.  He’s mean AND tough. That leaves us with Tiger Woods, whose fall from grace was so huge, so stunning, so extreme  — that it will be extremely difficult for him to return to the place he once occupied in our hearts and minds.  Compounding Woods’ epic failure and misery, it that he must live with the knowledge it was all his own doing.

It’s all very sad.  No decent person wants to see a “great” person fall, even if that great person might not have been so great after all.

Article first published as Can These 5 Celebrities Recover From Their Recent Disasters? on Technorati.