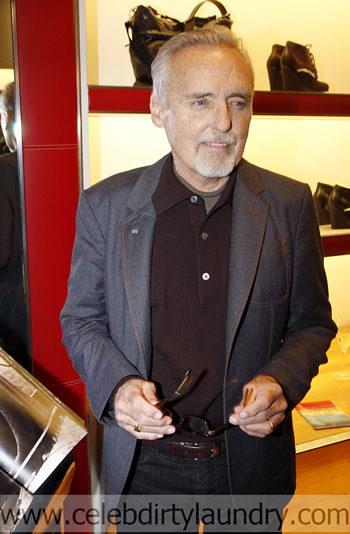 72 year old actor Dennis Hopper has filed from divorce from his wife Victoria Hopper.  Dennis has been suffering from prostate cancer for the past ten years and it is rumored that Dennis’s health has been deteriorating in recent months.  Victoria and Dennis have been together 18 years and married 14 years.   Victoria is the mother of his six year old son Galen.  Dennis has three children from his previous four marriages.  His marriage to Victoria has been his longest.

According to the Huffington post a long time friend of the couple said, "It’s truly a tragedy, and sadly its all about the money and who inherits what. This is about getting Victoria out of the will, nothing more, nothing less."  Photo: Fame Pictures