Cheryl Cole Is Seeking A “Gagging Order” Against Ashley Cole 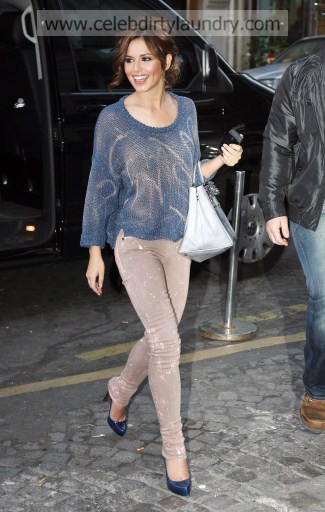 The ‘Fight For This Love’singer is said to be seeking a quick divorce from soccer star Ashley – who has been exposed as a serial love cheat – and among her list of demands is an order banning him from making any contact with her, including by phone or text message, for six months after their split is finalised.

Other demands in a letter from Cheryl’s lawyer include Ashley agreeing immediately to a divorce, a lifetime gagging order which bans him from ever talking about their relationship in the future, and agreeing to let Cheryl keep their £6 million mansion by buying out his half of it.   The singer does not, however, want any of Ashley’s estimated £10 million fortune.   A source told the Sunday Mirror newspaper: “Cheryl does not want a single thing from Ashley except his signature on the divorce agreement. She just wants him to leave her alone, accept it is over and for them both to move on.”

The letter sent by Cheryl is a ‘Heads of Agreement’, the first stage of a process to reach an out-of-court settlement on the end to their marriage.   As a show of goodwill toward Ashley, 29, Cheryl, 26, is reportedly not citing ‘adultery’ as the reason for the divorce, instead opting for ‘irreconcilable differences’.  If Ashley agrees to the demands, it is thought their split could be made official by the end of the summer.   Divorce lawyer Mark Stephens said: “Despite the large sums of money involved in a high-profile divorce like this, it will be relatively straightforward if he agrees to the demands. There are no children involved, so this could all be done and dusted very quickly.”  Photo: Fame Pictures