Did Christina Aguilera’s Divorce Happen Because Of Domestic Violence? 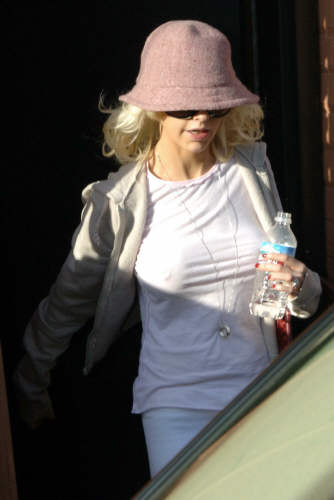 Christina Aguilera was taken to hospital with injuries just days before announcing her split from Jordan Bratman.   Was the visit a case of domestic violence or was it just a coincidence?  Probably not…  Was the domestic violence the reason for the divorce or was the violence a result of deciding to get a divorce?  Christina was hurt so bad they had to take her to the hospital.

According to RadarOnline “Christina was bleeding from her mouth and had a bit of a busted lip,” a source, who saw the couple at Cedars-Sinai Medical Center, said.  “Jordan told the nurses she had fallen down.”   According to the witness, Aguilera was sporting “bumps and red bruises” along with her bloodied lip.   “Shortly after they arrived to Cedars, Christina’s ‘private surgeon’ arrived to put a few stitches in her lip,” the source added.

Christina and Jordan are rumoured to have had an open marriage.  Perhaps Jordan’s jealousy got the best of him.   If this is the point where their marriage was it is a lot better for their son Max for them to be separated.   What do you think is this a case of domestic violence?