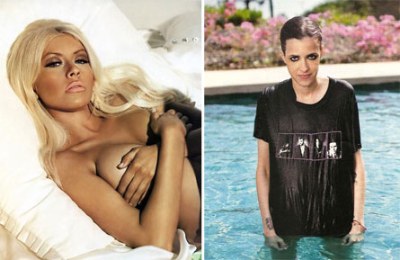 Christina Aguilera and Samantha Ronson spent some time together in Mexico last month for Nicole Richie’s bachelorette party. Rumor has it that the twosome got together and hooked up with a third party for some x-rated fun.

Do you believe that Sam and Christina hooked up? I don’t. Everyone makes it sound like Samantha is the only lesbian in Los Angeles and she has the power to turn every straight woman into a lesbian. I’m just not buying it.