Courtney Love Paid $17,000 For A Date With Adrien Brody 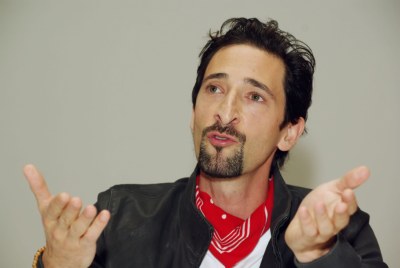 Because Courtney Love has shelled out a whopping $17,000 for a date with Adrien Brody, here’s a photo of him giving us that “WHY?!?!?” look. We know why…it’s because she’s possessed by the crazy!

During Paul Haggis‘ Artists for Peace and Justice Fundraiser for Haitian schools, Courtney placed a bid, just to sit down and eat dinner with him. A source said, “Spies said Love got into a fierce bidding war with Gerard Butler over Brody at the bash, which also marked the opening of restaurant Salon Millesime at the Carlton Hotel on Madison Avenue. She also scooped up a walk-on part in Haggis’ next movie.”

I didn’t think she had any money left, after she claimed that some vultures ravaged Kurt Cobain’s estate. I wonder what possessed her to bid that much on a date with him? And why on Earth was Gerard Butler bidding against her?

What does Adrien have that everybody wants? Now that’s what I want to know!