Courtney Love Said She Will Reconciled With Her Daughter By August 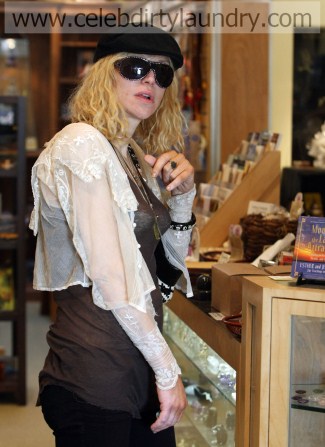 The Courtney Love the Hole singer fell out with 17-year-old Frances – her child with legendary Nirvana rocker Kurt Cobain – last year, with the moving out of their home to live with her late father’s mother, Wendy O’Connor, and sister, Kimberly Dawn Cobain, getting a restraining order against her parent.

Courtney said Frances has now told California child services "she wants to come home," and that she is sorry their split became so bitter, adding: "I should have never gotten mad at her. I love her so much."   She added she expects them to be back together no later than Frances’ 18th birthday in August, when she becomes a legal adult.   Courtney, 45, also blames her daughter’s lawyer Geraldine Wyle – who is also legal representative for Britney Spears’ father, Jamie in her ongoing guardianship case – saying she convinced Frances it would be a lucrative to leave her.   She added: “Geraldine told Frances all this pie-in-the-sky b.s. – That she’d get all this money (sic).”

Courtney also gave details of the initial fight that caused her daughter to seek the restraining order, but said it was Frances who “punched” her, not the other way around.   She said: "I was talking on the phone. Frances came out of my room. She was hysterical. First she was crying at my legs, saying, ‘Why was I born?’ Then she bites and scratches and pulls on my hair. She punched me.   "I grabbed her with both arms. That left a bruise and she took a picture of her bruise."   A hearing in Frances’ case is scheduled for April 8.  Photo: Fame Pictures