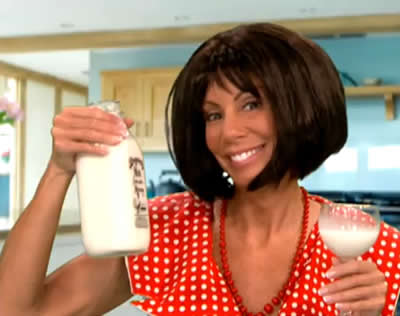 Now that Danielle Staub has effectively walked away from The Real Housewives Of New Jersey, she has decided to take a stab at her old co-star and nemesis, Teresa Giudice. Well, not literally.

I’ve never seen them utter an entire sentence on this show and all I know about Teresa is her “PROSTITUTION WHORE-AH” tirade. Of Danielle, I know that she quit that show and she has a sex tape. Television makes you stupid, people. But, having said all of that, this video is kinda funny.

Danielle really slams Teresa and I laughed. You will, too. Watch:

That “prostitution whore” is pretty funny. Funny enough to get her own spinoff show? Let’s not get crazy. That is, unless she has a re-animated George Carlin in her pocket.