David Beckham Set To Star In A Remake Of ‘Escape to Victory’. 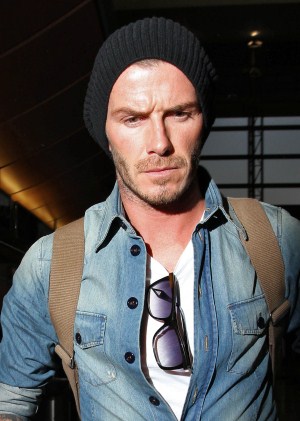 34-year-old soccer player David Beckam is being lined up by soccer player-turned-actor Vinnie Jones for a role in a reinterpretation of the 1981 film, which starred Sylvester Stallone and Sir Michael Caine.   The original movie featured a number famous soccer stars, including Pele – who is widely regarded as the best player of all-time – Ossie Ardiles and the late World Cup-winning England captain Bobby Moore, and was widely panned when it was released.

A source said: "The original soccer players’ acting skills were very wooden. This time many players have acting experience and the producers reckon they can really make it work.
"Vinnie’s already spoken to a few and some big names are keen to get involved. There’s even talk of Caine and Stallone getting cameo roles."   Beckham previously played himself in movie ‘Goal!’ and its two sequels movies ‘Goal! II: Living the Dream’ and ‘Goal! III’.

If he agrees to the project he will play the role original portrayed by Moore.   Comedy star James Corden recently revealed Beckham’s acting ability was comparable to Oscar-nominated actor Johnny Depp.   He said: "David is more a thinking man’s actor. He’s like Johnny Depp. David can find the comedy and the serious."   Photo: Bauer Griffin