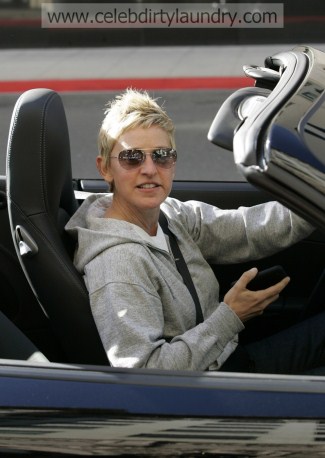 Howard Stern came out and called Ellen DeGeneres an ugly dummy in reference to potentially sharing the judging panel of American Idol with her. He was spouting off about his potentially being hired as the top judge at Am Idol and he spoke of clearing the decks if he is – "I’m not going to sit there with her, that dummy" was part of what he had to say about Ellen.

Well we like Ellen and we hate Howard – Ellen actually lives the counter culture while not allowing it to define her – she remains a bright and positive person – someone everyone can like, and that is why she is a Covergirl, for example. Stern on the other hand is a loudmouthed fake – a talentless bum, who relies on ugliness and a big mouth to draw an audience of fellow morons. Meanwhile, in real life, Stern is a conservative married man who no more walks the walk than the boring accountant next door – he is a facade – take away the mask and there is nothing there.  Photo: Fame Pictures