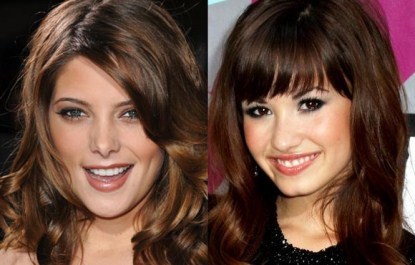 Back in March Disney star Demi Lovato, 18,  confirmed she was dating Joe Jonas, 20,  by May the two had broken up but said they would remain friends.  Almost immediately after the breakup Joe started dating Twilight’s Ashley Greene, 23.  Apparently Demi became very angry when she found out that Ashley was stepping out with her ex.  As a matter of fact she fired off a  bitchy e-mail to let her know.

X17 reports:  “[Demi sent] a very nasty e-mail [about] stealing her boyfriend and parading around with him on tour.”   Ashley replied with a picture of her and Joe and asked the Disney starlet to leave them alone, which seemingly pushed Demi over the edge.

Hard to fault her if she did send the e-mail.  Just think what would you do if your boyfriend was dating someone else so soon after he was dating you?  Not that I am a big Demi Lovato fan but the e-mail was probably done without thinking she was probably hurt and wanted to hit back.  Just saying ..