Dr. Dre Has Confirmed His Comeback Single Will Be Called “Under Pressure” & Features Jay-Z 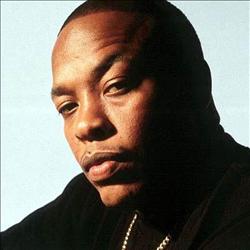 The rapper announced the track is complete and ready for release, fuelling speculation his new album ‘Detox’ – which has been ten years in the making – will come out soon.  Dre and his record label boss Jimmy Levine attended the start of the Major League Baseball season in Boston, where they confirmed the news.

When asked what song they would choose as their intro music if they were up to bat, Jimmy replied: "The new song Dre has in his pocket, called ‘Under Pressure.’ It’s a brand new single by Dr. Dre and Jay-Z. That’s the song I would use."  Dre agreed, adding: “Absolutely that would be it, under pressure, it’s so fitting.”   Internet reports speculate that the single could be released as soon as the next few weeks.

Aside from the lead single featuring Jay-Z, currently the world’s biggest rap star, ‘Detox’ is said to boast an impressive guest cast, including contributions from artists including Nas, T.I., Lil Wayne and R. Kelly.   Dre has previously said about the long gestation period for his third album: "I’m on my slow creep right now, but then I’m gonna come hit ’em with the tsunami."   Dre has also previously stated the record will be his final album.