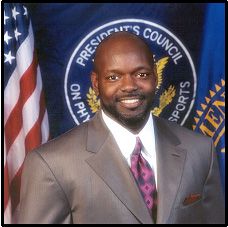 Emmitt Smith agreed to participate in the reality show "Who Do You Think You Are" and had his genealogy mapped in detail as well as his DNA tested.   The results showed that while most of his ancestry was African American he also had a white slave trader named Alexander Puryear as one of his progenitors.   His DNA showed that genetically he was 81% African, 12% European, and 7% Asian with the Asian component most likely attributed to Native American ancestry.

While Emmitt knew that he had ancestors who were slaves actually looking at the documents of trade and ownership of real people was shocking to him.   Emmitt said that he was grateful to the people who helped stand up for the equality of all and changed things to abolish slavery.