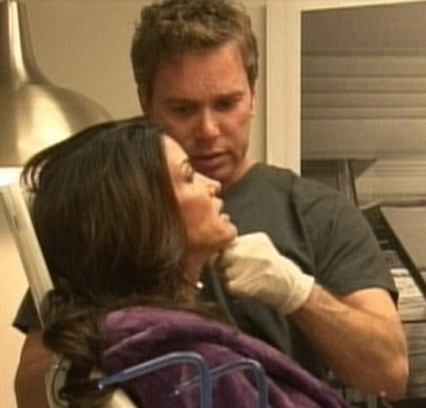 And boy, does Janet Dickinson ever look weird!  Maybe younger looking in a strange sort of alien-life-form way but hard to believe she looks better for all the poking, cutting, sticking, injecting, etc.  One thing she definitely picked up was a big time prescription pain killer addiction recovering form all the procedures!  In fact the former party girl who claims she slept with 1000 men (for free?) needed a spell with Dr Drew Pinsky on his reality show, Celebrity Rehab to beat her addiction.

Janet has said about plastic surgery: Gone too far and is seen defending cosmetic enhancements.   55-year-old Janice denies that she is a plastic surgery addict and claims: ‘Surgery is good for you’  She is quick to reassure viewers that she can still form facial expressions and is seen pulling a contorted face to the camera saying: “See everybody? I can still move my face!’

Janice says she has ‘no regrets’ about her considerable plastic surgery which includes, a tummy tuck, a neck lift, several face lifts, Botox, liposuction, breast implants and skin peels – to name some of things she has had done.

And the end product?  Well have a look and you be the judge. 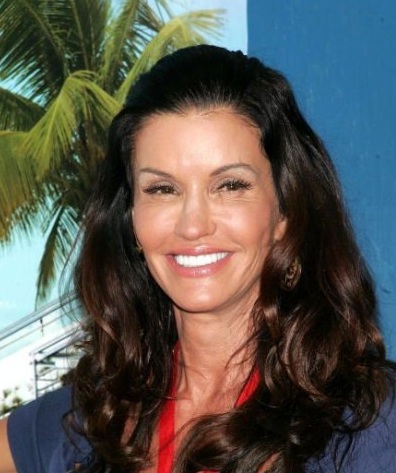