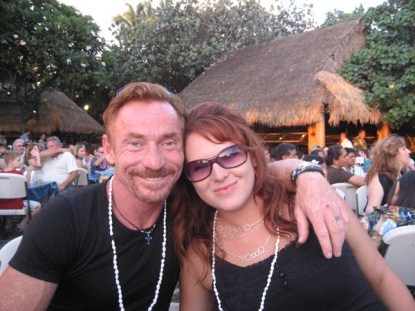 Former Partridge Family star Danny Bonaduce, 51,  surprised his girlfriend of three years Amy Railsback, 28, on a trip to Hawaii with a surprise wedding in Maui.   The ceremony was held at the Four Seasons, with just the Reverend as their witness.

The couple met at a line at Starbucks where she told him she liked his television show Breaking Bonaduce.   She moved from California to Philadelphia to be next to him and work as his manager.   Danny’s divorce from his first wife was finalized six months ago.