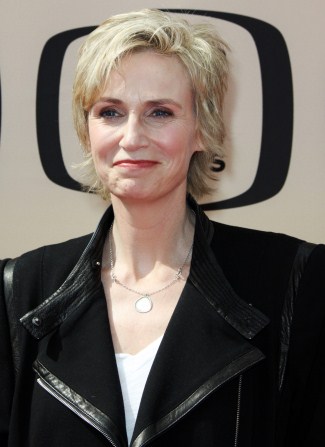 Jane Lynch, who is known for playing opinionated Cheerios coach Sue Sylvester on the hit television show Glee, is showing some tough love to people who carelessly breed dogs and cats in a quirky new PETA campaign.

"The good folks at PETA asked me to say a few words about the importance of good posture and personal hygiene—but I don’t want to talk about that," says Lynch in the TV spot. "I want to talk about the 4 million dogs and cats who are euthanized every year because there aren’t enough homes for all of them." Lynch goes on to explain that the best way to fix the animal overpopulation problem is for people to "fix" their cats and dogs.

Lynch also sat down for an exclusive PETA interview in which she spoke earnestly about the impact that dogs and cats have had in her own life. "Having dogs and cats who I love so thoroughly has made me a better partner, has made me a better friend," she says. "And the love is so unconditional from the animals … you start to transfer that to human beings. I’ve just become a much better person because of my love for animals."

Lynch also wrote a letter on PETA’s behalf to Chicago Mayor Richard M. Daley, urging him to support a law that would require dogs and cats in her native Chicago to be spayed or neutered. The animal overpopulation crisis has prompted similar laws in Houston, Denver, New York, and Lynch’s current hometown, Los Angeles.