Heather Mills Says She Treated Her Ex-Nanny “Like a daughter” 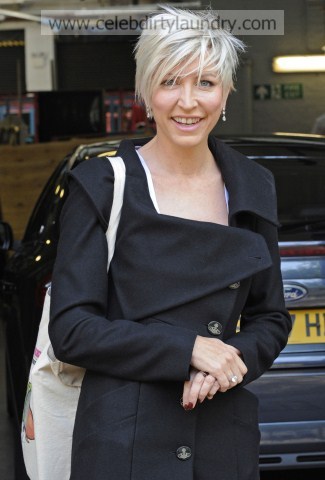 Gold Digger Heather Mills  said in an employment tribunal yesterday (30.03.10) she felt former employee Sara Trumble had been “motivated by money” to sue her for constructive dismissal and sex discrimination.   Heather claimed she had lavished gifts on Sara – who was nanny to her daughter Beatrice between 2004 and 2007 – and the pair had been so close Sara even asked her to be godmother to her own child.

The charity activist claims they fell out when she refused to loan Sara money for a breast enlargement operation.   She told the tribunal in Ashford, Kent: “I treated Sara like my daughter, because she often said her mum was cold and distant. I spent much of my time consoling her especially as she was having relationship problems.   “She is very motivated by money, this seems to be her motive in making a claim.  “I suspect she became aggrieved because I declined to pay for her breast enlargement surgery."

Heather also insisted she had been a generous employer, giving Sara £1,500 when money was robbed from her, £500 as a deposit to rent an apartment, £1,000 cash as a Christmas present, and a £5,000 pay rise, as well as baby clothing and accessories.   She also told how she had given Sara, 26, her £6.50-an-hour job after taking pity on her when she was working at a health club as a beauty therapist.

Heather said: "None of my staff have had any qualifications. I like taking people on and making them better themselves. As is my history of being overly helpful Heather.”   The 42-year-old blonde also insisted she refused to settle the case out of court because she did not want to set a precedent for other celebrities’ nannies.   Sara claimed in court on Monday (29.03.10) she was forced out of her job after Heather made her life a misery, verbally abused her, replaced her and then forced her to do menial tasks such as cleaning.   She also claimed Heather got angry with her on several occasions while she was enduring a difficult pregnancy and made her go on trips abroad despite her condition.   The tribunal continues.  Photo: Fame Pictures