Jake Gyllenhaal Spent $10,000 On A Guitar For Taylor Swift 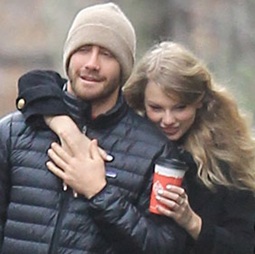 Jake Gyllenhaal bought his girlfriend Taylor Swift a Fender Gretsch signed on the pickguard by the country music icon Chet Atkins for her 21st birthday.  The two saw the guitar in a a shop in Nashville where they both spent Thanksgiving together.  Jake is certainly spending a lot on Taylor he recently flew her to London on a private jet so they could spend time together.

A source said: “He spent the weekend in Nashville with her and she saw the guitar in a tiny store which a lot of A-list musicians use.  Taylor drooled over it so Jake went back to the shop later and bought it for her.  He was originally going to buy it just as a gift but it ended up being perfect for her birthday on Monday.”

Although the two have been spotted several times together neither has confirmed or denied the romance!