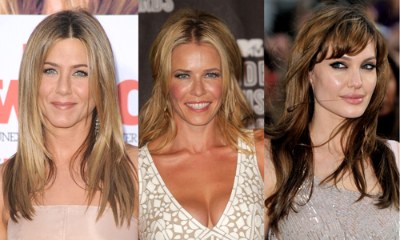 During a recent stage performance, Chelsea Handler really ripped Angelina Jolie a new one. So much, that it has caused her good pal Jennifer Aniston to put some distance between them.

While most of us thought it was funny, Jennifer was said to be mortified and has decided to keep Chelsea at an arm’s length. A friend of Chelsea’s said, “Jen and Chelsea haven’t officially fallen out but they certainly won’t be going on vacation together for a long time unless Chelsea promises to never talk about Angelina again. She understands that what Chelsea did was out of loyalty, but it didn’t help. In fact, it made things worse.”

A friend of Jennifer’s said, “Jen is a very private person. It’s one thing to crash Angelina in private, it’s another to do it in public. Chelsea should have known better and is feeling Jen’s cold shoulder for her mistake.”

I think people are blowing this Jennifer and Angelina feud way out of proportion. Jen and Brad haven’t been together in YEARS. She’s over it, people. Let it go!