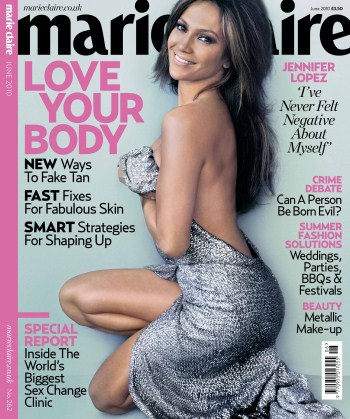 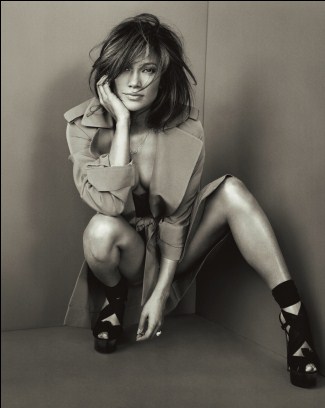 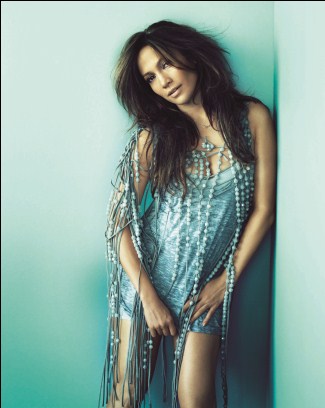 Jennifer Lopez graces the June 2010 cover of Marie Claire.  Below is a glimps of the interview in Marie Caire:

Jennifer on her exes
The tabloid response to the Bennifer phenomenon made it seem like it was just another arm of Lopez Enterprises. Inside, however, Jennifer says it was very real.   ‘The tabloids covered those times heavily, but when I look back I know those were real parts of my life. That’s what maybe confused people – it seemed like something that was made up and crazy, but there was real genuine feeling in all those relationships.’

Does she keep in touch or follow their careers?
‘Would I see a movie of Ben’s? Sure! Why not? I haven’t seen him or talked to him in a while – our lives went in two very different directions. But I always wish him the best and I always thought he was a great person. And Sean – I’ve run into him once or twice, with Marc, and it’s always very friendly. He asks about the twins because he has twins too. Again, I always wish him the best.’

On her reputation as a diva
We talk about her reputation as something of a diva. A week earlier, at the marie claire cover shoot, there had been much delicious speculation as to exactly which Jennifer Lopez would turn up on the day. One of the studio technicians claimed he’d worked with her ten years previously, when, she allegedly demanded four separate rooms for changing, each adorned with a different type of particular flower. In the event she arrived accompanied by minimal, was incredibly warm and friendly to all, and, in the afternoon, even brought along her twins to watch their very famous mom in action.

On the frenzied fascination with her curves, her derriere in particular,
Of all the fuss, she recalls: ‘I was always very comfortable with who I was. Confident. I’ve never looked at myself [my body] in a negative way.’  Nowadays she likes to do weights, and run through the horse trails of her new neighbourhood. Then there’s the food…

Had she not had a husband, would she have considered becoming a single mother?
‘For me, I always had the fairy tale in my head where you get married, have kids and do all that kind of stuff,’ she says. ‘But I also think it’s a wonderful thing for women who haven’t had babies and get to a point in their lives and have that option. As a woman, I think it’s the best thing that can ever happen to you.’

To read the rest of the interview visit Marie Claire.