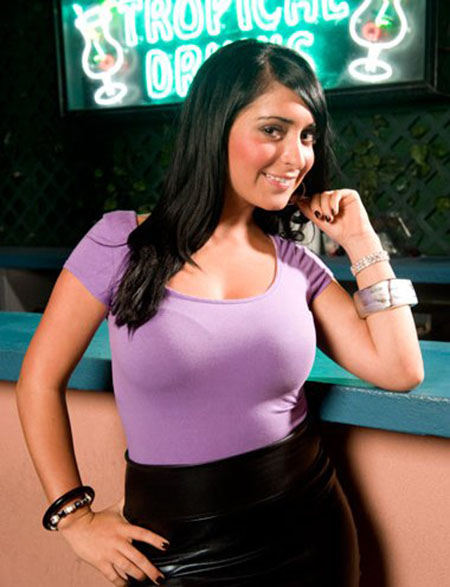 Don’t insult Jersey Shore star Angelina Pivarnick’s mother or be prepared to get a beating!    A limo driver had the nerve to insult Angelina’s mommy and Angelina hauled off and punched him in the head.  The incident happened after she participated in a celebrity boxing match and the match did not go how she wanted.  The crowed booed and jeered her and Angelina was not in a good mood.

When Angelina got in the limo the limo driver hit on her mother Annmarie and when he realized she was not having any of it his feeling were hurt so the amorous driver started to get insulting with Annmarie.

“Angelina was trying to stop this guy from being disrespectful to me,” Annmarie told RadarOnline.com. “The guy took it too far.”  The driver called Angelina’s mother a wh*re and a slut, RadarOnline.com learned. Then he pulled over the vehicle to argue some more.  Big mistake!  As soon as he pulled over, Angelina punched him in the head! And she was so furious that her mother had been insulted, Angelina kept punching the guy.”

Angelina has been in a few fight on Jersey Shore this year so we know she is tough and can beat the crap out of someone if she wants.  Good on ya Angelina for standing up for your mother!