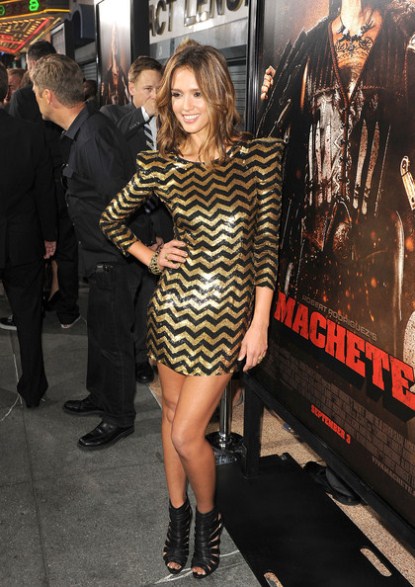 Jessica Alba attended the Machete premiere at the Orpheum Theater in LA.   Jessica stole the show looking fabulous.    Lindsay Lohan was forced to miss the premiere since she had just gotten out of rehab.  Both Alba & director Robert Rodriguez raved about how good Lindsay was in the movie.  No back stabbing there ;-)

“She’s awesome in the movie. That’s what they’ll see: the actress behind all that paparazzi nonsense that follows her and won’t leave her alone. They’ll get to see her and say, ‘Oh, that’s why we follow her around.” 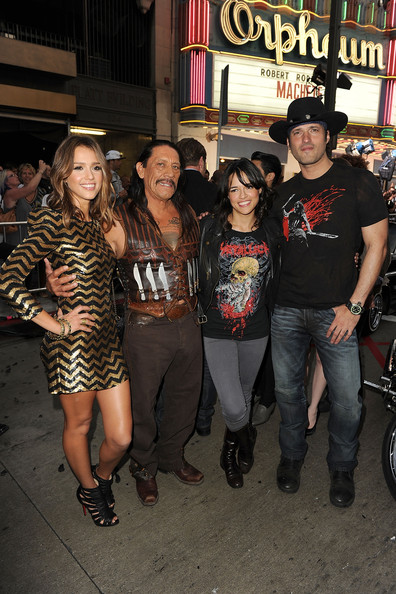 Lots of the celebs were at the event: