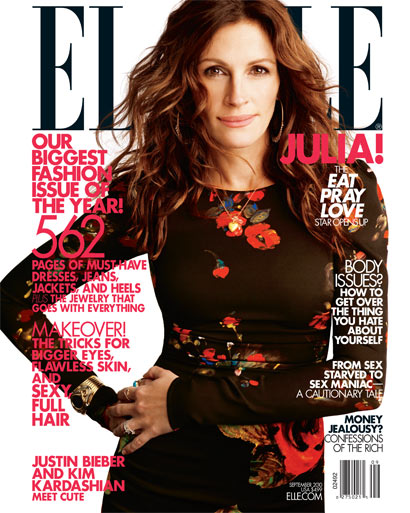 Julia Roberts, 42 who is the face of French cosmetic company Lancome – doesn’t want the wrinkle-smoothing injections which can leave people with frozen-looking faces because she wants her children to be able to understand her expressions.  LOL that is so frickin funny – come on Julia your forehead is wrinkle free, kinda frozen in time.  You expect us to believe this.  I don’t give a crap who uses botox.  Whatever floats your boat.  What makes me crazy are celebs that think they have to be so sanctimonious about it.

“It’s unfortunate that we live in such a panicked, dysmorphic society where women don’t even give themselves a chance to see what they’ll look like as an older person.  “I want to have some idea of what I’ll look like before I start cleaning the slates. I want my kids to know when I’m p***ed, when I’m happy, and when I’m confounded. Your face tells a story and it shouldn’t be a story about your drive to the doctor’s office.”

Julia has also revealed George Clooney played a series of schoolboy pranks on her while filming ‘Ocean’s Eleven’ and ‘Ocean’s Twelve’.  She also confessed the other actors – which included Brad Pitt and Matt Damon – broke into each others’ rooms to take obscene photos on each others’ cameras.  She said:

“Those boys! I was the only girl there. One day George Clooney put these giant potted trees in front of my door so that I couldn’t get out to work. I pride myself on being punctual!   “You didn’t want to leave your camera lying around, either.   People were breaking into each other’s rooms, taking them, and let’s just say you didn’t want your mom picking up your photos at Walgreens!   Photos of unidentifiable body parts!” 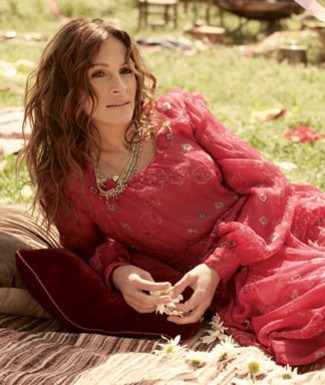